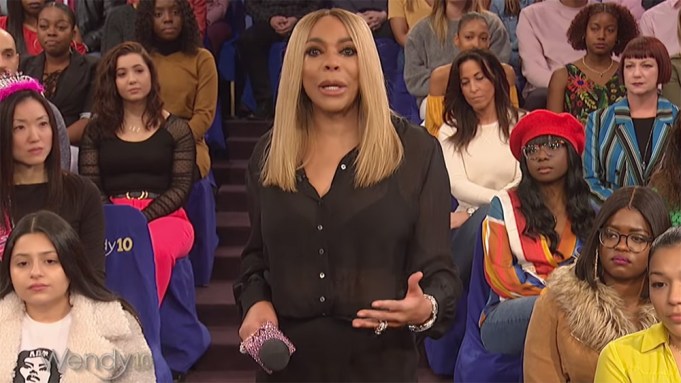 Wendy Williams, during an emotional monologue on her talk show on Tuesday, revealed through tears that she has been staying at a sober-living house.

“So you know me for being a very open and truthful person,” she began the segment on “The Wendy Williams Show,” fighting through tears. “And I’ve got more to the story for you.”

She told the audience that after every show taping she goes to Pilates, attends meetings, and then goes back to a sober-living house.

The television personality opened up about her history with drug abuse, saying, “I’ve had a struggle with cocaine in my past. I never went to a place to get the treatment. I don’t know how, except God was sitting on my shoulder and I just stopped.”

Williams added that nobody knew of her sober living situation besides her husband, Kevin Hunter, and son Kevin Hunter Jr.

At the end of the segment, she promoted a 24/7 hotline launched last week by the Hunter Foundation, which she founded with her husband and son. Williams said the hotline has already been responsible for placing 56 people from around the world in recovery centers.

Williams has recently been struggling with her health, having taken a six-week hiatus from her talk show earlier this year. In addition to a fractured shoulder, the host was also dealing with complications from Graves disease, an immune system disorder she was diagnosed with last year. She returned on March 4.