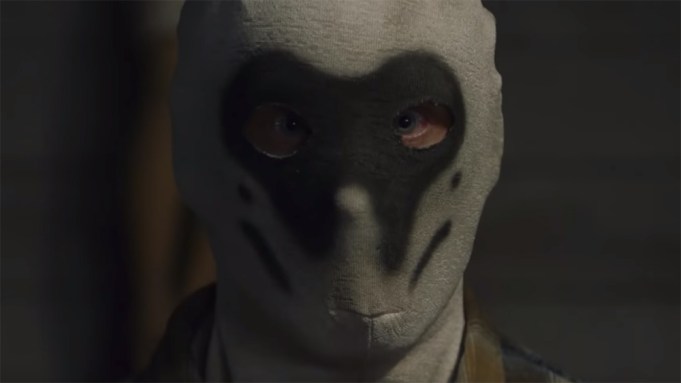 The heroes are back in the first full length trailer for “Watchmen.”

Regina King takes center stage in the new trailer unveiled Saturday at San Diego Comic-Con as she joins a motley crew of superheroes engaged in a violent revolt against the town’s leaders who are set on taking them down.

“We don’t do lollipops and rainbows,” King says. “We know those are just pretty colors that hide what the world really is… black and white”

The series is based on a DC comic book of the same name, which was written by Alan Moore and Dave Gibbons in the 1980s and explores an alternate universe in which a police force embarks on a killing spree of the town’s superheroes. The new trailer captures the same sentiment, showing an army of masked police officers gathered before the head of police. “We convinced ourselves that they were gone,” he says to the crowd. “But they were just hibernating.”

The trailer also provides a first-look at Dr. Manhattan himself in a brief news clip that shows the glowing, blue superhero on Mars.