How ‘Watchmen’ Star Yahya Abdul-Mateen II Deals With That Makeup Process: ‘Just Get Over Yourself’ 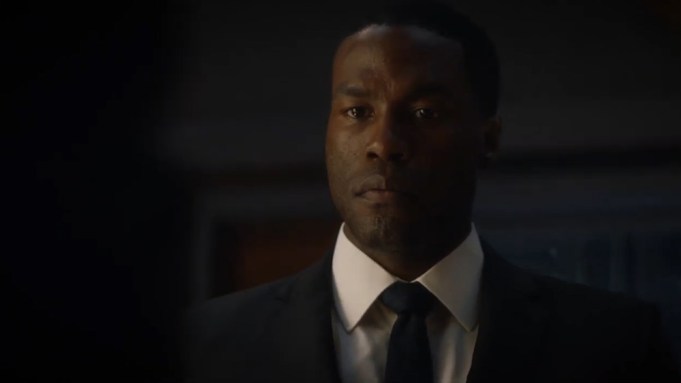 (SPOILER WARNING: Do not read the following if you’re not caught up on HBO’s “Watchmen.”)

It would take Yahya Abdul-Mateen II three hours to finish getting into head-to-toe blue makeup as Doctor Manhattan on HBO’s “Watchmen,” although by the show’s last week of shooting, he had gotten the process down to around two hours, 30 minutes.

“The shortcut is to get over any ideas, any notions of personal space. Just get over yourself and just go,” Abdul-Mateen tells Variety, laughing, with regard to his transformation into the sometimes-nude and most powerful being in the Watchmen universe.

Viewers were first introduced to Abdul-Mateen on the show as Cal Abar, stay-at-home dad and husband to Regina King’s Angela Abar/Sister Night. But as has since been revealed, Cal is actually the earthly manifestation of Doctor Manhattan, an omnipotent being whose existence transcends space and time.

The series, which will air its season finale on Sunday, has become a word-of-mouth hit for HBO, existing in the same universe as the 1980s graphic novel by Alan Moore of the same name and the 2009 film. But audiences and critics alike have been drawn to the show’s willingness to grapple with themes of generational trauma and the U.S.’ own history of racial violence: its inaugural episode included a depiction of the Tulsa Massacre of 1921, when white mobs attacked black residents and businesses over a period of two days. The antagonist throughout the show is white supremacy, as embodied by a group called the Seventh Kavalry.

“I’m really proud to be on a show that isn’t shying away from that, that’s integrating it into the narrative that we’re telling,” says Abdul-Mateen, “and showing how trauma from 100 years ago, without very much difficulty, can be inherited and passed down from lineage to lineage to lineage.”

He credits series creator Damon Lindelof for having an inclusive cast and writing staff, to whom Lindelof would turn for insight.

“As a white man at the top of the creative hierarchy, he’s been an excellent leader and pulling another writer of color, an actor of color, and then saying, ‘What do you think about this?’” Abdul-Mateen says.

He is certainly no stranger to superheroes: in addition to Doctor Manhattan, he plays Aquaman’s nemesis, Black Manta, in the Jason Momoa-fronted “Aquaman.”

Abdul-Mateen, who studied architecture at U.C. Berkeley and previously worked at a San Francisco city planning office, credits his willingness to pursue a career in acting to his friend (and fellow Berkeley student) ex-NFL pro Marshawn Lynch. When Lynch joined the league, Abdul-Mateen recalls seeing him play on national TV.

“It really took seeing someone like me, someone I could relate to, to almost instantly demystify the idea that I had any limitations,” he says. “So to now be in the position where I get to do that for someone else is really an honor.”

Abdul-Mateen says he looks forward to pursuing roles where he plays people who solve their problems without the benefit of superpowers, but that will likely come after he takes up a lead role in the fourth “Matrix” movie, alongside Keanu Reeves and Carrie-Anne Moss. It’s slated for release on May 21, 2021. He also toplines Jordan Peele’s remake of “Candyman,” which comes out next year.

While he can’t reveal much about the next “Matrix” film (shooting starts in February), he tells Variety that he thinks the original still feels fresh today.

“[They] did something so amazing in 1999 that I think they could put that out to the theaters right now,” he says. “So, I can’t wait.”