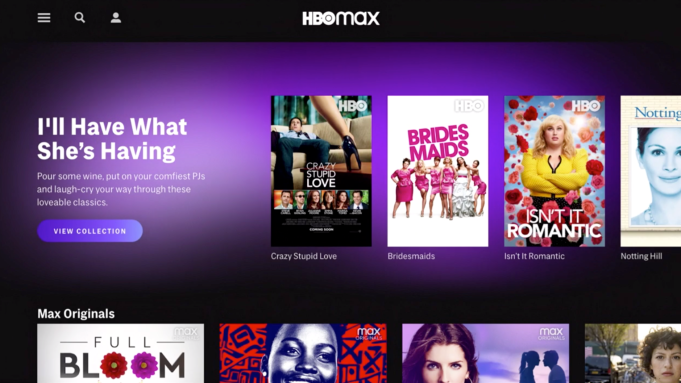 In the streaming wars to come, WarnerMedia will rely on sheer tonnage of heavy artillery.

That much was clear Tuesday as the AT&T media arm unveiled to investors its plans for HBO Max, the direct-to-consumer service that is the fruit of the telecom giant’s acquisition last year of the former TimeWarner. On a soundstage at the historic Warner Bros. lot in Burbank, AT&T president John Stankey led a parade of execs and occasional talent revealing details around the long anticipated streamer.

Over the course of more than two hours, the emphasis was on content — both library and original, with a heavy lean on established brands such as “Game of Thrones,” “Friends,” “The Big Bang Theory,” and “Sesame Street,” as well as known stars like Nicole Kidman, Ridley Scott, and Mindy Kaling. The scope of content on display was vast. The emphasis was so much on volume rather than the value of any one piece of programming that the acquisition of streaming rights to Viacom’s “South Park,” for which WarnerMedia paid a market-busting more-than-$500 million in a deal announced Tuesday, merited only the briefest mention. HBO Max will launch with every Batman and Superman movie ever made (including “The Joker”) and in its first year premiere 50 new series from a slate of originals designed to skew younger and more female than old-school HBO — whose content will also be part of Max.

The size of the entertainment offering was enough to call to mind Disney Plus, set to launch next month with a dizzying array of programming options from Marvel, Pixar, Lucasfilm, 20th Century Fox, and the Disney library. But when HBO Max makes its debut next May, it will do so at a cost to new subscribers of $14.99 per month — more than twice that of Disney Plus.

Thus Tuesday’s presentation made clear both the strength of WarnerMedia’s play and the principle challenge it faces going forward. HBO Max will effectively supplant existing streamers HBO Now and HBO Go — even though WarnerMedia has not indicated indicated that either will wind down as Max ramps up. (Taking questions from analysts, Stankey joked that the conversion process for existing subscribers to Max would serve as “an IQ test.”) As such, Max enters the streaming wars with a base of 34 million existing U.S. HBO subscribers.

But AT&T is looking to grow that base with a sub price higher than that demanded by not just Disney Plus, but also Netflix, Apple TV Plus, Amazon Prime and Hulu — not to mention Showtime, Starz, and CBS All Access. The company projects that by 2025, HBO Max will boast 50 million U.S. subscribers and generate $5 billion dollars per year on $4 billion of domestic spending.

An undefined chunk of that revenue is, according to Stankey, set to come from an ad-supported option that will roll out in 2021. But projections still rely on 16 million U.S. consumers who have for years declined ample opportunity to pay roughly $15 a month for HBO deciding that the new Max content offering is enough to make them subscribe. Paying $14.99 for a new version of something that you previously decided you could live without is a different proposition than paying $6.99 a month for something that never existed before.

But the television ecosystem is in flux. Even as AT&T enters a crowded subscription-video field, the traditional cable bundle on which much of the erstwhile TimeWarner’s business for the last two decades was built continues to unravel. “If I were to go back to basic supply and demand, we’re probably at peak number of hours of scripted development right now,” Stankey said, adding that he expects to see growth in number of hours of scripted programming being made to flatten out in the coming years as the universe of cable channels shrinks. AT&T is doubtless betting that consumers abandoning cable will have room in their lives for more than one service that delivers a massive amount of content on par with a large cable-channel group.

There’s also the AT&T of it. The sizzle reel that kicked off the presentation began with a reference to Alexander Graham Bell — not Jack Warner and siblings (they came later). Then Stankey took the stage, prefacing the flash of the content portion with a sober talk aimed at investors. HBO Max’s premium-video offerings, he said, would reduce churn among AT&T’s wireless subscribers — and a reduction of one basis point of wireless churn, he added, equates to roughly $100 million of revenue. This was the actual point of the proceedings. J.J. Abrams was just there for show.

But the quality of that show was important. After Apple underwhelmed at a similar, but more consumer-oriented event in March, the pressure has mounted on new and existing streaming services to justify their existence. Disney appeared to do so in April at its investor day, where it showed off a product buttressed by content from the newly acquired Fox. Whether AT&T would be able to clear a similar bar was never certain. But it was clear Tuesday that what it has to offer via HBO Max is, at the very least, a lot.