How ‘Veep’ Would Be Different if It Debuted Under Trump 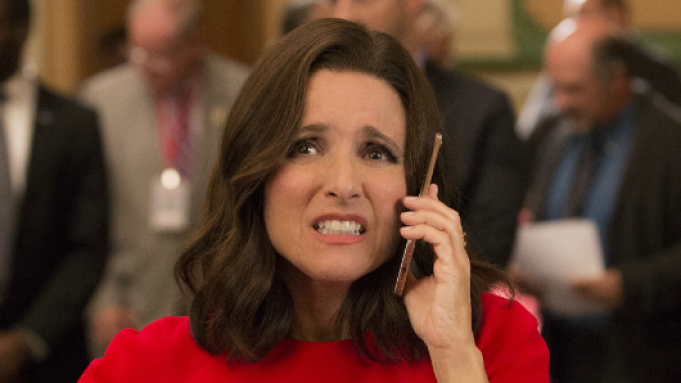 The Season 7 premiere of “Veep” will mark the first-ever episode of the HBO series to air that was written while President Trump has been in office.

The Emmy-winning comedy debuted in 2012, during President Obama’s first term, and five seasons of the show aired while Obama was in office. The series’ sixth season aired in 2017 while Trump was in office, but the season had been written long before Trump won the election. The seventh and final season returns to TV after a two-year break, due to a lengthy pause in production after star Julia Louis-Dreyfus’ revealed her breast cancer diagnosis. The hiatus could have served as more-than-enough time for the Trump administration to influence the writers’ room, but the team behind “Veep” tells Variety there are no direct Trump parallels.

“We try to, if it’s possible, get to the root of what is going on a little bit in America. Forget about the Trump of it all, but what does he represent? Why did Trump happen? That’s the stuff we try to do stuff about this season,” showrunner and executive producer David Mandel tells Variety.

“There aren’t any direct Trump gags, but there certainly are some parallels to politics, as they are,” actor Sam Richardson says. Gary Cole echoed Richardson, saying, “We have our own world, so we don’t have real people, so we’re never borrowing real, specific events…but this year, I would say that [the writers] leaned into this climate maybe more so than they had in the past.”

The creator of “Veep,” Armando Iannicci, who departed the show after Season 4 when Mandel took over, admits he couldn’t even imagine creating the series under Trump’s presidency.

Reflecting on the state of political comedy today, Iannucci adds, “Comedians have turned into journalists in a way because he’s doing all the gags,” mentioning John Oliver and Samantha Bee.

“Things that happen publicly now are the sort of things that privately then happened,” Iannucci says, looking back on when he debuted the show in 2012. “What we were doing with ‘Veep’ was comedically, but as authentically as possible, show people what it was really like…that was sort of behind closed doors, and now, it’s happening in front of us. That’s the problem.”

The way in which the public consumes politics in 2019 versus 2012 (when “Veep” premiered) is much different, largely in part to cable news’ 24/7 coverage of the Trump administration, which makes politics tough to avoid. Given the overwhelmingly strong opinions that TV viewers have on politics nowadays, Variety asked the “Veep” cast if they believe the show would have been as big of a success, if it first came onto television under Trump, rather than Obama.

“That’s an impossible question to answer,” actor Matt Walsh said when asked if the show would have been successful if it originally began airing, after Trump was already in office. “I would say that the investigation into politics that Armando [Iannucci] set into motion [in Season 1] was based on stuff that has never been seen, so he went behind the scenes and illustrated how messy it all is — how filthy [politicians] are, how vain they are — so I guess we would have started there in the Trump era, too, but it might have heightened quicker.”

“I don’t know if it would be [a successful show] because it’s hard to match the political sitcom that’s happening right now on CNN,” star Tony Hale says. “If HBO had written a character like Trump, I don’t know if they would have believed it — they would have thought it was too broad. Even with everything that’s going on in the news, it’s hard sometimes to laugh at it because you want to laugh sometimes, but it’s so crazy. I feel like ‘Veep’ can be an outlet where you can laugh, and you can laugh guilt free.”

Actor Kevin Dunn says, “I think it would have probably been more difficult because everything is so raw and the media is so involved.”

Timothy Simons, who plays the character Jonah on the series, offers a different perspective. His character runs for president in the upcoming season, and Simons says Trump perhaps could help the outcome of his storyline.

“A couple of years ago, you might not imagine that an untalented, charmless narcissist would ever have any ability to be successful in a presidential run,” Simons suggests. “But maybe that isn’t the world that we live in now, and our show is supposed to reflect things like that?”

Louis-Dreyfus — who says she’s feeling healthy and happy today, after battling breast cancer — is glad the political series spanned two different administrations. “I actually think that’s pretty significant,” she says. “I’m not going to say that I think one would have been better than another or anything like that, but I’m happy to have had this opportunity to ride this wave of two administrations.”

While the entire cast expressed their bittersweet emotions over the show ending this season, actor Reid Scott has found a silver lining in the show calling it quits.

“With the current political and social climate,” Scott says, “it was the right time to bow out and let reality takeover as its own satire.”