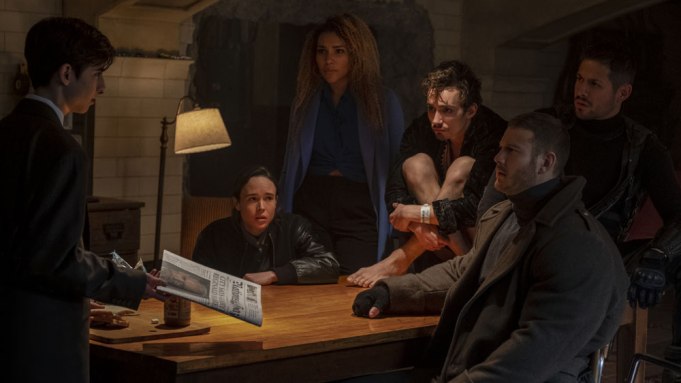 Netflix has renewed “The Umbrella Academy” for a second season, Variety has learned.

“The Umbrella Academy” is based on the comic book series of the same name created and written by Gerard Way, illustrated by Gabriel Bá, and published by Dark Horse Comics. In the first season, seven children born during an unexplained global phenomenon develop incredible powers and are adopted by an eccentric billionaire, who trains them to save the world. The six surviving siblings reunite years later after learning their father has died, only to find themselves fighting to stop the apocalypse.

The series has been generally well-received by critics, with the first season holding a 76% critical approval rating on Rotten Tomatoes. In his review for Variety, Daniel D’Addario wrote:

“The further it goes, the more ‘The Umbrella Academy’ strives to ladle on distinctiveness, as if simply being a superhero show disconnected from the Marvel and DC universes were not enough. The ultimate irony of this show is that for all its studious quirk, it’s actually fairly tame, relative to a TV universe that lately includes shows about a spree-murdering bookstore clerk (‘You’) and an idyllic, sex-crazed village trapped in a 1980s of the mind (‘Sex Education’).”