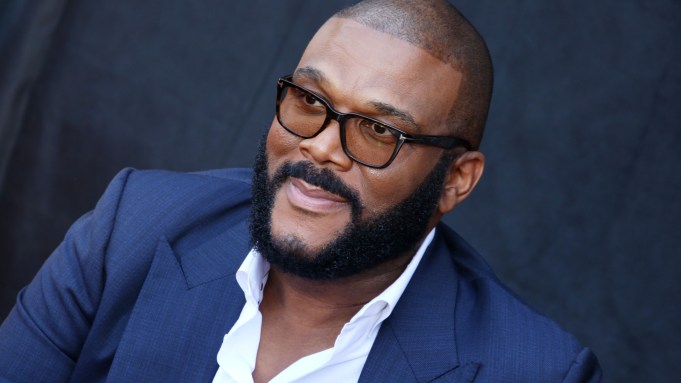 Tyler Perry is expanding his partnership with BET Network with two new series, “Bruh” and “Ruthless” for the network’s streaming service, BET Plus, Variety has learned exclusively.

“I’m so grateful for the millions of fans who have been watching the new shows on BET. And this is only the beginning. I’m excited to bring these two new dynamic series to the BET Plus family and continue to tell stories of high stakes drama with emerging talent,” Perry said in a statement.

The first series to complete production, “Tyler Perry’s Bruh” will chronicle the lives of a group of 30-something Black men as they explore the world of dating, careers and friendship in a present-day society. Additionally, viewers can expect the show to tackle some of the stereotypes faced by African American men. Barry Brewer (“Games People Play”), Mahdi Cocci (“The Gifted”), Phillip Mullings Jr. (“American Soul”), Monti Washington (“Games People Play”), Chandra Currelley (“Madea’s Big Happy Family”), Candice Renee (“BODIED”), and Alyssa Goss (“The Bobby Brown Story”) will star in the half-hour program.

“Tyler Perry’s Ruthless,” a spinoff of “The Oval,” follows Ruth Truesdale (Melissa L. Williams) as she’s forced to play nice with a scandalous religious cult of powerful sex crazed fanatics in the hopes of freeing herself and her daughter. Several actors seen in his other works make up the show’s cast, including Stephanie Charles (“The Paynes”), Anthony Bless (“Tyler Perry’s Sistas”) and Bobbi Baker James (“House of Payne”). They’re joined by Matt Cedeno (“Power”), Lenny Thomas (“The Blacklist”), Yvonne Senat Jones (“The Bobby Brown Story”), Baadja-Lyne Odums (“This Is Us”), Jaime Callica (“Unreal”), Nirine S. Brown (“Wicked: The Musical”), Blue Kimble (“Being Mary Jane”) and Herve Clermont (“One Life To Live”).

Both series are scheduled for 2020 premieres. Perry will write, direct and executive produce alongside Michelle Sneed for Tyler Perry Studios.

This partnership expansion comes on the heels of two new series from Perry on BET’s linear network. “The Oval” and “Sistas” premiered Oct. 23 and have been delivering 3.3 million viewers per night. “The Oval” is currently ranked as the No. 1 new scripted series for general market.

“Our landmark partnership with Tyler Perry has delivered beyond our expectations,” said Scott Mills, president of BET Networks. “Our streaming service is a natural extension of BET’s linear network, and Tyler Perry is the perfect partner. The combination of new, original shows and his robust library of popular movies, series, and stage plays that Tyler brings to our joint venture strengthens our position in the streaming landscape and drives subscriber growth, viewership and retention.”