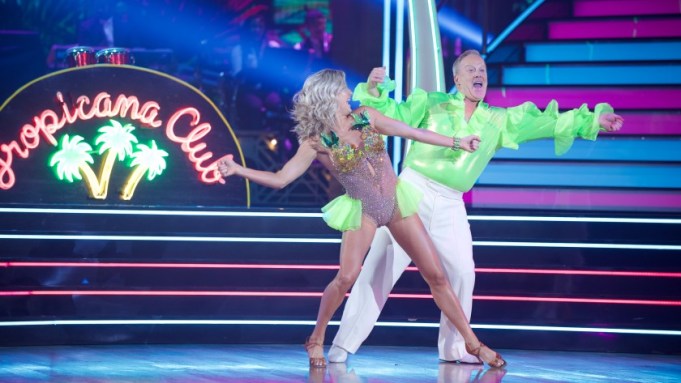 Casting Sean Spicer on “Dancing With the Stars” doesn’t seem to be having the desired effect on ratings for ABC.

The show premiered its new season to a 1.0 rating and just under 8 million total viewers. That’s the same rating as the Fall 2018 season premiere which was watched by 7.7 million viewers.

The ABC dancing show narrowly lost out in the key 18-49 demographic on Monday night to the “American Ninja Warrior” finale on NBC, which scored a 1.1 rating and 5.4 million total viewers. However, this isn’t necessarily surprising given that the audience for “DWTS” skews older. The show has faced a decline in 18-49 ratings over the past two cycles, falling 32% from an average of 1.37 in 2017 to 0.93 in 2018 season.

“The number of headlines surrounding his mere casting guarantee an outsized amount of interest in a season whose biggest cast members otherwise include James Van Der Beek and a Bachelorette,” Framke wrote at the time Spicer’s casting was announced.

Spicer responded by saying that he hoped his role as a contestant on the show would help “move the country forward in a positive way.”

NBC only just beat ABC to top the overall ratings for Monday night with a 0.9 average rating to the latter’s 0.8. CBS, which aired only re-runs, came in at a 0.4.