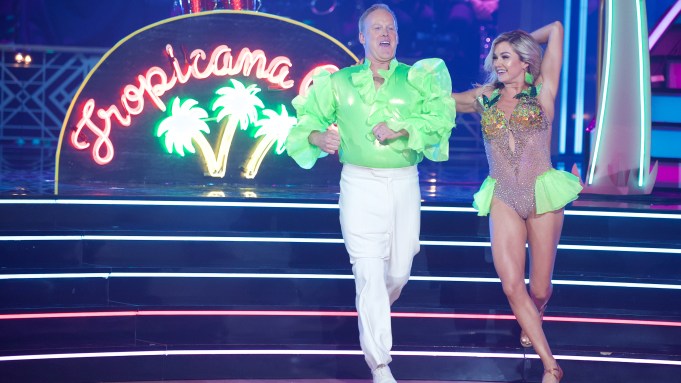 Sean Spicer waved goodbye to “Dancing With the Stars” last night, but ABC waved hello to a pretty big bump in the show’s rating and total viewership.

Monday night’s episode scored a 1.0 rating and 7.2 million total viewers, up roughly 25% from last week’s 0.8 and 6.2 million. The former White House press secretary’s elimination helped lift the dancing competition show to its highest rating and total viewership since its season premiere back in September. “The Good Doctor” benefited from its spicy lead-in, also registering a ratings bump on last week from a 0.7 to a 0.8 and from 5 million total viewers to just under 6 million.

However, ABC likely won’t be paying a huge amount of attention to how “The Good Doctor” performs in Live+Same Day, given that network president Karey Burke announced yesterday that it will no longer be using L+SD as a yardstick for the success of its shows (with the exception of live programming).

NBC and ABC tied for second place on the night, with the Peacock’s highest rated show being “The Voice” at a 1.2 and 7.5 million total viewers.

Finally on the CW, “All American” and “Black Lightning” were both even on last week at a 0.2 rating, with the latter gaining a chunk of viewers to end up with around 720,000 (the highest since the season 3 premiere).