‘This Is Us’: Justin Hartley on Season 3 Finale, How Long Show Will Last 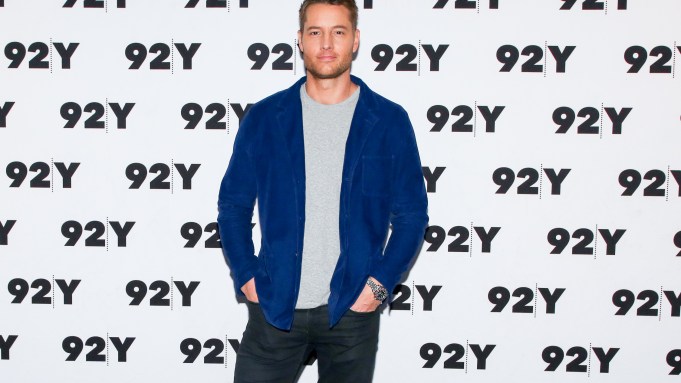 SPOILER ALERT: This story contains spoilers from the “This Is Us” Season 3 finale.

“This Is Us” wrapped up its third season with a flash-forward into the future, which introduced much new information about the Pearson family — and also brought about many new questions.

Justin Hartley, who plays Kevin Pearson, was in the midst of key storylines in the finale, including the revelation that he becomes a father.

“I know a thing or two about it because I have a 14-year-old daughter,” Hartley continued, referencing his real life off-screen. “I love being a father, so the idea of Kevin being a father, it’s something that we just haven’t seen.” With a laugh, he added, “Think about where he was in the pilot.”

While the flash-forward revealed that Kevin is a father, the mother of his child was not revealed. During the 92Y Talk, an audience member asked about the fan theory that Kevin is raising Kate’s (Chrissy Metz) son, Jack, who was born at the end of Season 3. Seemingly blown away by the idea, Hartley said he hadn’t heard of that theory, and insisted he does not know if that has been brought up in the writer’s room.

The finale flash-forward gave new information about Kevin, but the older version of Kevin was not shown on-screen, while viewers did get a glimpse of the older versions of Randall (Sterling K. Brown), Beth (Susan Kelechi Watson), Toby (Chris Sullivan) and a much-older Rebecca (Mandy Moore), who seems to be nearing her final days in a hospital bed in Kevin’s home.

With most of his cast mates, other than Metz, having already sat in the hair-and-makeup seat for their older transformations, Hartley is curious to know what his character will look like in the future.

“I think it’s just me skipping the makeup trailer. It’s remarkable what I look like without makeup or without lights,” he cracked. “We don’t know, so that’s the cool thing. I haven’t been told, so I’ll just throw a few things out there because I don’t know.” Bringing up the possibility of a car crash, Hartley asked, “I’m curious, did something happen to his face? Or have we just not seen it?” he said, wondering if there’s a specific reason Kevin’s face was not shown in the finale.

“It’s going to be interesting. I just hope it’s like Harrison Ford or [Tom] Selleck, that he ages like those gentleman. Or like, Brad Pitt — is he still 30? What’s going on with that dude? I want that water.”

Hartley also spoke about the lifespan of “This Is Us,” which is speculated to be a total of six seasons, due to creator Dan Fogelman tweeting “halftime” after the Season 3 finale aired.

“I don’t think it necessarily means we’re only going to do three more [seasons]. I don’t know, though. They’re writing it,” Hartley said. “I’ll do 300 more, as long as the story is compelling and the story is moving in the direction that is. I just think that they know where the story is going — the path of the show — and that’s what [Fogelman] meant by that. I don’t want to speak for him, but it feels like it. But I don’t know — it could be 8, it could be 10. Hopefully it’ll be at least 6.”