‘The War of the Worlds’ Trailer Drops From the BBC (Watch) 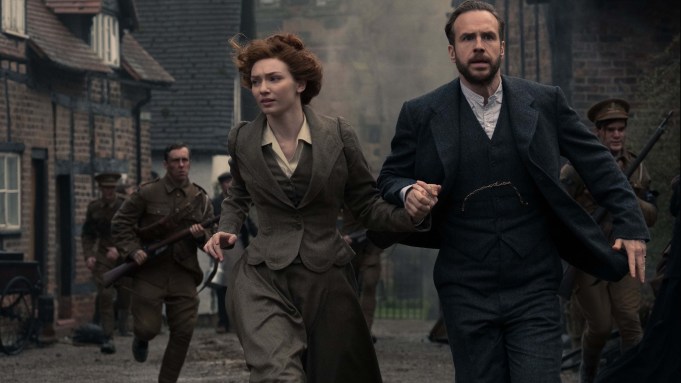 The BBC has dropped a trailer for its upcoming adaptation of H.G. Wells’ alien-invasion classic, “The War of the Worlds.”

The series will be broadcast on flagship channel BBC One this fall. ITV Studios has sold the show to major European countries and more than 50 African territories.

Spall plays George, a man who escapes his failing marriage to begin a new life with Amy (Tomlinson), despite societal disapproval. Graves plays George’s brother and Carlyle an astronomer.