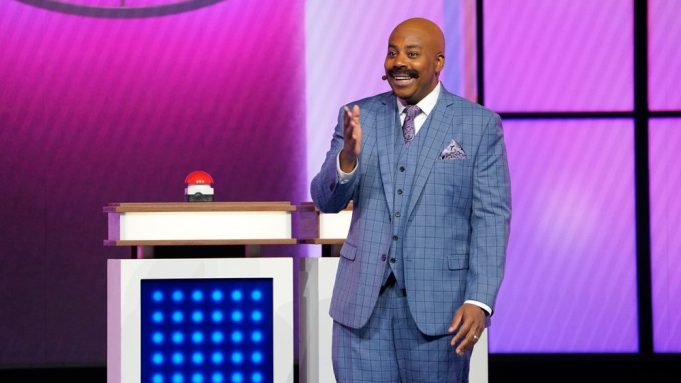 NBCUniversal held its 2019-2020 upfront presentation to advertisers on Monday morning at Radio City Music Hall in New York. In touting its new and returning wares for NBC, USA, Syfy, Bravo, Telemundo, E!, and other networks, here are a few things we noticed:

Advertising is good: NBCUniversal opened its 2019 upfront presentation with a montage of the most iconic TV advertising spots of all time — including Coca-Cola’s “I’d Like to Buy the World a Coke,” Wendy’s restaurants’ “Where’s the Beef,” and several from Pepsi. The clip ended with a parody of Apple’s “1984” spot, featuring Jimmy Fallon and John Cena.

The idea, of course, was to flatter the advertisers and media buyers in the audience. It’s a refrain that is expected to be repeated throughout this upfront week, as media companies point out that they’re open for business — unlike most of the major streaming services and premium cable networks.

“Today we’re celebrating advertising and the extraordinary content that makes this industry the best it has ever been,” said NBCUniversal’s Linda Yaccarino, chairman of advertising and client partnerships.

“The Office” is the No. 1 show on Netflix: That stat has been hinted at around the industry, as the traditional media companies like to point out that despite Netflix’s investment of billion of dollars in original programming, it’s acquired shows from other studios driving the most viewing. It’s unclear whether NBCUniversal was relying on word of mouth, but at its upfront presentation, the company highlighted “The Office” as the “No. 1 show on Netflix,” along with the company’s collection of other No. 1s.

NBCUniversal’s new streaming service will be free: NBCUniversal still hasn’t shared many details about its upcoming streaming service, but Yaccarino gave a few hints. Set to launch next year, the new service will represent “the largest initiative in this company’s history.” In making the service ad-supported, she added, “while other companies are pushing advertisers out, we’re bringing them in.”

The new service will also boast “data that’s fully transparent,” which perhaps means actual ratings. And, hinting that shows like “The Office” may be on the way to the platform, Yaccarino said users can expect “new originals and a gigantic library of old favorites… the shows that viewers stream the most are coming home.”

She also confirmed that the service would indeed be “free, and not a penny more for over 80 million households… [it’s] premium content the way people want it and scale the way brands need it.”

Later, “Late Night” host Seth Meyers joked that it’s a little frustrating that NBCUniversal still hasn’t picked out a name for the OTT service. “It’s time to come up with a name for the streaming service,” he said. Call it “NBC Plus” or “NBC Gold,” he said. “We’re not going to go with some crazy name like ‘Apollo Sword’ or ‘Hulu.'”

One more piece of advice from Meyers: Name it after NBC, not parent company Comcast — as cable subscribers might not have the best image of that company brand. “No one’s had to wait four hours for the NBC guy to show up,” he said.

Steve Harvey is still on NBC, sorta: As his talk show “Steve” departs the NBC-owned TV stations, and “Little Big Shots” returns with a new host (Melissa McCarthy), Steve Harvey is no longer in business with the Peacock. But there’s one way he’s still seen on NBC: “Saturday Night Live” Kenan Thompson, who plays Harvey on the show’s occasional “Family Feud” sketches.

Thompson and several of his “SNL” stars appeared at the NBCU upfront to perform a special “Family Feud” sketch geared toward the event.

“I thought when I finally played Radio City Music Hall it would be for Steve Harvey fans, not the chief marketing officer for Applebees,” Thompson, as Harvey, quipped.

Kyle Mooney, in character as NBC News’ Chuck Todd, couldn’t help but ask, “Why is Steve Harvey, who isn’t on NBC, at the NBC upfront?”

Responded Thompson/Harvey: “I’ve got a medical condition that prevents me from saying no.”

NBCU has a roster of riches when it comes to talent willing to show up at its upfront: Jimmy Fallon, Seth Meyers, Tina Fey, Amy Poehler, the Kardashians, Mariska Hargitay, “legendary actor” Ted Danson, Lester Holt, and many others hit the stage at Radio City Music Hall on Monday to wow the advertisers.

Perhaps the most awkward moment though, was when “Mr. Robot” star Rami Malek hit the stage and said how happy he was to be there — in his trademark monotone voice. That elicited a laugh from the crowd. Malek was thrown off by that: “Why is that funny?

That show means everything to me, helping me get to where I am today.”

Later, Meyers noted that Malek recently won an Oscar, “and he still couldn’t get out of coming to upfronts. What’s it going to take?”