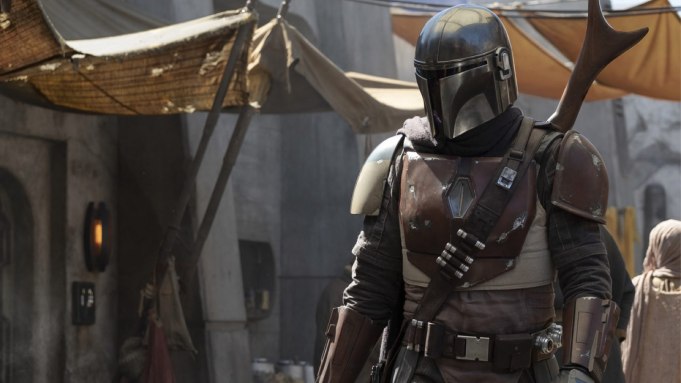 A galaxy far, far away just got a little bit bigger as “Star Wars” fans got a first look at “The Mandalorian.”

Pascal’s titular character is modeled after iconic bounty hunters Jango and Boba Fett from the earlier trilogies. He travels the outer reaches of the galaxy alone, far away from the laws of the New Republic.

The panel revealed that Carano’s character, Cara Dune, is an ex-Rebel Shock Trooper, while Weathers’ Greef Carga is the head of a guild of bounty hunters.

The series is set between “A New Hope” and “The Force Awakens,” sometime after the fall of the Empire and before the rise of the First Order.

Disney and Lucasfilm also released the trailer for the highly anticipated ninth installment in the main “Star Wars” trilogy, “The Rise of Skywalker,” on Friday. Watch that first look here.

See the images below, and watch the full panel above.