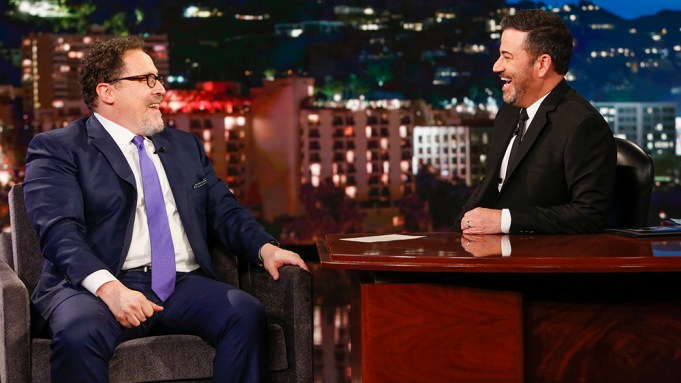 The first season of Disney Plus’ live-action “Star Wars” series “The Mandalorian” hasn’t even debuted yet, but executive producer Jon Favreau is already working on Season 2.

“The Lion King” director revealed as much in an appearance on “Jimmy Kimmel Live!” Thursday night, telling the host, “We’re done with the first season. I’m actually writing part of the second season now. So I’m having a blast.”

“It’s honestly like turning over your toy chest and playing with all the ‘Star Wars’ toys together. We’re having a great time,” Favreau added.

“The Mandalorian” begins its story after “Return of the Jedi” and the fall of the Empire and follows the story of a lone Mandalorian warrior (Pedro Pascal) as he travels the galaxy far away from the New Republic and its laws. His character is modeled after bounty hunters from previous trilogies, Jango and Boba Fett. Other cast members include Giancarlo Esposito, Nick Nolte, Gina Carano as Cara Dune, Emily Swallow, Werner Herzog, Omid Abtahi and Carl Weathers as Greef Carga.