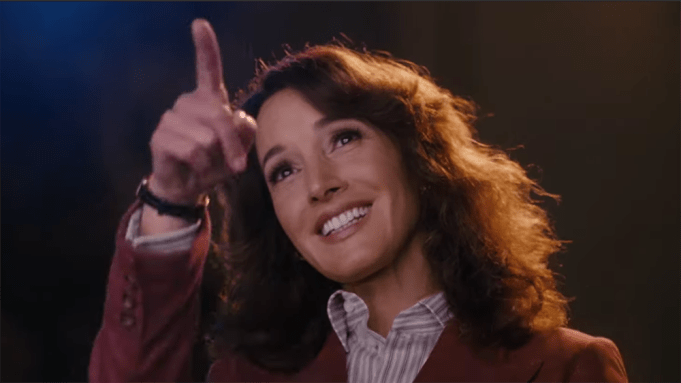 Showtime has released the first look at the next generation of “The L Word” and its new cast including Rosanny Zayas, Jacqueline Toboni, Sepideh Moafi, Arienne Mandi, and Micah Lee.

Along with some of the original cast, including Jennifer Beals, Leisha Hailey, and Katherine Moennig, the series sequel picks up where its creator Ilene Chaiken left it after the series went off the air 10 years ago. The story details the changes in the lives of Bette (Beals), Shane (Moennig), and Alice (Hailey) after moving to Silver Lake, and continues to follow the group as they deal with love, heartbreak, sex, setbacks and success in L.A.

The teaser opens showcasing the original three’s current success, with Bette announcing her run for Los Angeles mayor, Alice hosting her own chat show, and Shane walking off a private jet.