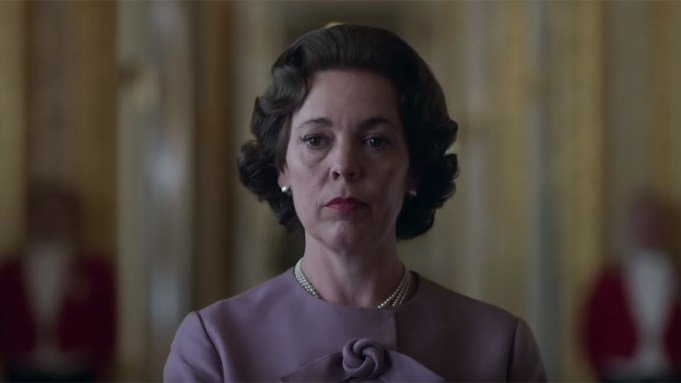 The Crown is back for Season 3 on Netflix, and a new teaser featuring the first footage of Olivia Colman as Queen Elizabeth II has landed.

Released on Friday, the teaser begins with Colman taking over for Claire Foy as the Queen in her mid-40s, attending a meeting with what seems to be top advisers of the throne for the unveiling of the Queen’s updated stamp.

“Everyone is delighted with the new profile, ma’am, which they feel to be an elegant reflection of Her Majesty’s transition from young woman to…” one adviser trails off.

“Old bat?” the Queen jumps in.

The Queen and her adviser reference the many changes that Britain will endure in 1960s and 70s as it faces the Cold War panic and the space age.

“A great many changes. Nothing one can do about it, one just has to get on with it,” declares the Queen.

“The Crown” Season 3 will hit Netflix Nov. 17. Watch the teaser above.