‘The Bachelorette’: ABC Exec Reveals if Khloe Kardashian Was Ever Actually in Talks 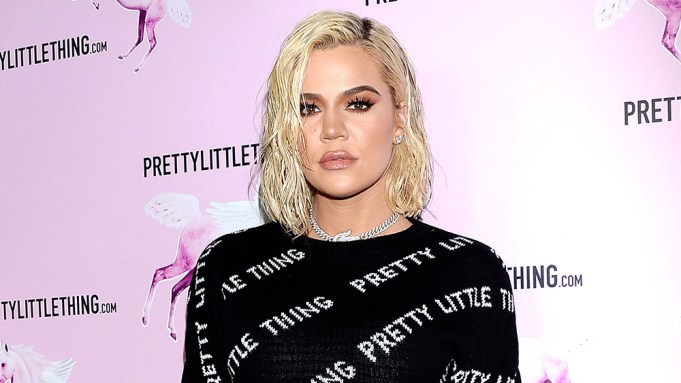 Before Hannah B. was announced as the next leading lady on ABC’s “The Bachelorette,” Khloe Kardashian’s name was brought into the casting conversation, thanks to Mike Fleiss, the creator of “The Bachelor” franchise.

Fleiss — who is known to generate attention for his unfiltered tweets — wrote on Twitter that Kardashian was in talks to become the next “Bachelorette.” He kept the narrative alive over the course of many tweets, until Kardashian slammed him for using her name as clickbait.

“I have already been in contact with my dear friend Kris Jenner about Khloe Kardashian as The Bachelorette,” Fleiss tweeted. “Stay tuned!!!”

Kardashian and her famous family spoke out against Fleiss with Kardashian even threatening legal action, tweeting, “I’m not f—king clickbait right now. Stop or you will be hearing from my lawyers. How insensitive!!” Her sister, Kim Kardashian West, also tweeted, “Fake f—king news big time!!!!”

In a new interview with Variety regarding the Season 23 finale of “The Bachelor,” ABC reality chief Rob Mills cleared up whether Kardashian was ever really in the running the become “The Bachelorette.”

When simply asked by Variety, “Was that ever actually real?” the ABC executive responded, “Mike Fleiss and Kris Jenner do know each other well. They judged Miss America together, so they’ve spent some time together, and Kris is a friend to the show. It was very premature. And to be honest, Khloe’s not wrong. She’s going through something and she was right to be a little miffed because this is an incredibly sensitive time for her. I don’t think there was any really conversation because it’s not the right time to have that conversation.”

So did Kardashian actually slap legal papers in front of Fleiss?

“As far as I know, that did not happen,” Mills said. With a laugh, he added, “I think that was meant more for Mike Fleiss than ABC. I think Mike realized that he should back off.”

However, the executive isn’t counting it out when asked if ABC would ever consider having a real conversation with Kardashian about “The Bachelorette.”

“You never say never,” Mills says. “Look, what you want is a storyline that people are invested in. With Jason Mesnick, this was a good guy, a single dad that people wanted to see happy. Ben Higgins was a guy that he felt unlovable. [With Khloe], this is a woman who just had a baby and was cheated on — that is a powerful story that I think everyone could get behind, even if you know nothing about the Kardashians.”

Considering how strongly Kardashian responded (not to mention, her incredibly busy slate of successful business ventures, social media dominance, motherhood, and her family’s long-running E! reality show), getting Kardashian as “The Bachelorette” seems to be a pipe dream — at best.

But, “The Bachelor” is franchise is known to bring on celebrities as guests within episodes, so perhaps the more plausible scenario is an on-screen make-good with the Kardashian-Jenner family.

“If they would like to come, they are more than welcome. Absolutely,” Mills said when asked about the possibility of welcoming any of the famous family members for a “Bachelor” cameo. The executive made it clear that there have been no conversations regarding any sort of appearance.

“No, I think we’ll let it cool for a little bit,” Mills says with a chuckle.