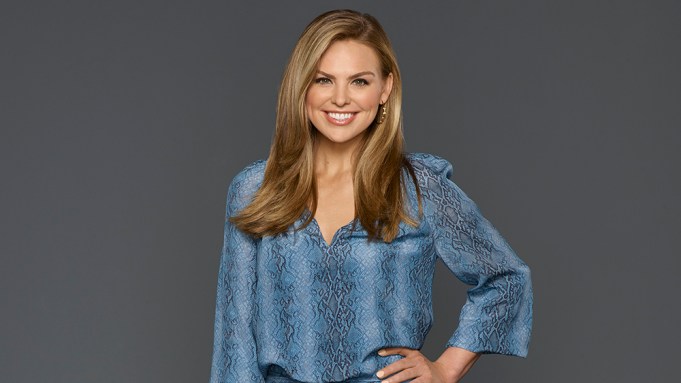 Hannah Brown is one of the most honest stars of “The Bachelorette” the franchise has ever seen, and in just the two weeks her season has been airing, the reality star’s willingness to be open has gotten a lot of attention — specifically, a moment in which she firmly exclaims, “I have had sex and Jesus still loves me.”

The attention-getting line was teased in ABC’s promo for the entire season, prompting viewers to wonder about the context, though it appears Brown is defending herself to one of the male contestants who is judging her for her own choices.

Brown, who was Miss Alabama USA in 2018 and uses the Instagram handle @alabamahannah, declined to comment on her state’s restrictive abortion ban when asked by Variety during a recent interview. But she proudly says she is not afraid to speak her mind and own her sexuality on national TV.

“I don’t think it was a choice in that time,” Brown says when asked about the “Jesus still loves me” line. “It was necessary for me to feel like I needed to say to feel empowered and not feel judged for any decisions that I’ve made in my life. My faith is super important to me and it is who I am, but I don’t ever want my faith to be used to judge me for other decisions that I’ve made or to have that questioned because that doesn’t go over well with me.”

Now that she has a national platform as the star of one of broadcast’s highest-rated shows, Brown wants to be a role model, and is hoping to use her spotlight to be relatable and connect to others.

With the spotlight of “The Bachelorette” will come business opportunities to extend her 15 minutes of fame. Since the social media boom has coincided with the ABC dating show, many contestants and leads from the franchise capitalize off of their newfound following and pivot to lucrative brand partnerships or careers in television.

When asked about her plans after the show airs, Brown says she’d be interested in competing on ABC’s “Dancing With the Stars,” and reveals she has dreams of becoming a talk show host — just like Kelly Ripa, who recently had a public scuffle with “The Bachelor” creator Mike Fleiss. (Brown declined to comment on the Fleiss feud.)

“I love TV and I think it would be cool to be a host one day. I always said that I wanted to be a mix between Ellen [DeGeneres] and Kelly [Ripa],” Brown tells Variety. “I mean, Kelly might not have the same feelings for me, but I love Kelly Ripa and what she’s done.”

As for her journey to find love? Brown says the road to the end of her season was not easy, but admits she is “so happy” now.

“How I thought it would end, how I thought the experience would be, is not so at all. It had a lot of moments where I wasn’t sure if I was going to be happy in any way because it’s really challenging and had a lot of ups and downs, and was just really hard.” With a laugh, she adds, “That I can say that I’m happy now is a really good sign because there were moments where I don’t think anybody would think that I would be able to say that is the case.”

“This whole journey for me, it’s just been a huge blessing and I’m so grateful for all the opportunities I’ve been given,” Brown says. “Not just to find love, but to be able to step into my own and be proud of the woman that I am, and feel empowered and strong.”