‘The Bachelor’ Exec on Colton’s Final Decision, the Women He Sent Home and That Fence Jump 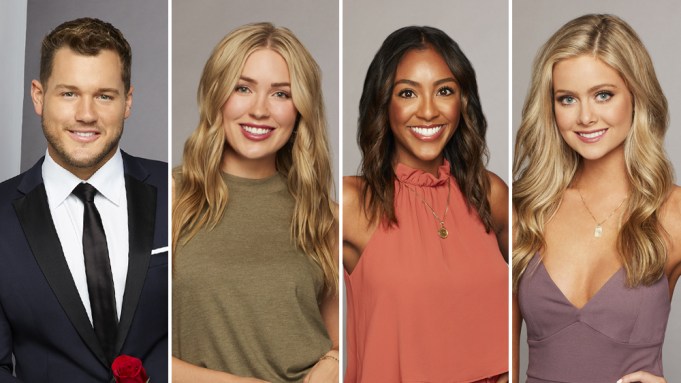 SPOILER ALERT: Do not read ahead, if you have not watched Part 1 of “The Bachelor” finale, which aired on Mar. 11.

After miraculously jumping over a fence last week, heartbroken over Cassie, the episode picked up with “The Bachelor” Colton still missing in action. Host Chris Harrison and a gaggle of producers turned into a search-and-rescue team, looking for Colton in rural Portugal. Just as the crew considered calling the police, Colton was found and said he wants to leave the show. He’s done.

Colton ended up having a change of heart. He’s in love with Cassie and said he knows what he has to do: breakup with both Taysia and Hannah G.

After two brutal breakups — Taysia took the news better than a blindsided Hannah G. — both of the women sat down with Colton in front of a live studio audience to discuss their breakups.

In the end, Colton ended up knocking on Cassie’s door, ready to beg for another chance. But in the words of Chris Harrison, you’ll find out whether he was successful tomorrow night, when the most dramatic season finale ever concludes.

Here, ABC executive Rob Mills talks to Variety about Colton’s decision to breakup with both Taysia and Hannah G. Plus, what will happen tomorrow night with Cassie?

Technically speaking, how did Colton jump that fence? That was a tall fence…

Now that you’ve seen everything, seeing the lead-up, what everyone notices is that he’s shaking and was very emotional. So, I think that as much as he’s a world-class athlete and he’s very tall and he can clear it, I think there was a lot of adrenaline involved. It’s pitch black and you don’t know what’s on the other side of the fence. He clearly wasn’t thinking about anything. If he had overthought it, I don’t think he would have done it. I think he was running on high emotion.

The fence-jump turned into a viral and silly moment, but in terms of production, that seems like a serious safety hazard to have a missing cast member on a reality show. Was production seriously concerned?

In the end, we knew he was okay, so we could reverse engineer it for the drama [on television, after the season wrapped shooting]. It’s not something anyone is prepared for. As you saw, the guy just went off into the night. You see in the finale, someone says, “We’re going to look for him one more time, and then we have to call the police.” It was the case of a missing Bachelor.

Is this the craziest stunt “The Bachelor” has ever seen?

If you think about last season, it was like an emotional fence-jumping with Arie and Becca. You really needed that to end with a bouquet for Becca, and her being “The Bachelorette” kind of did that. You look at it now and it’s the best possible scenario: Arie is with Lauren and having a baby, and Becca and Garrett couldn’t be happier.

Did Colton really want to leave when he jumped the fence?

I wouldn’t say he wanted to leave — he left. He says, “I am done.” At this point, Colton is like family [to the production]. He was given the space to let it sink in because he was obviously very upset by Cassie walking out. So he was given his space, and then he sits down with Chris Harrison. But he did legitimately leave the show, and that was it.

If he didn’t change his mind and truly was done, how would production have handled that? Would the season have ended with him jumping the fence and being found by Chris Harrison?

We still have part two of the finale tomorrow night. How would you rate this finale, in comparison to other seasons?

I would say it’s very dramatic. The words I would use are unorthodox, dramatic and high-stakes. What people did really respond to was how real it felt. The episode tonight was very, very real. And tomorrow, you’re not going to see a bunch of over-the-top last chance dates or sitting with Neil Lane to find the perfect ring. You’re going to see real emotions. It gets resolved in different ways in each situation for all four of these people, but it’s very real and very emotional.

You said you won’t see Colton sitting with Neil Lane. Does that mean there’s no proposal tomorrow night?

It doesn’t mean there’s not an engagement. It just means you won’t see the typical scene sitting down with Neil Lane looking at two rings and deciding which one is right for these final two women.

Whose idea was it to have Cassie’s dad come to Portugal? Obviously that was pre-meditated because it doesn’t just happen that someone shows up halfway across the world.

Cassie was so thrown by all of this and really needed to talk to her dad, and production said clearly she’s going to need some answers. The father was on board with this match, but just had some concerns. There was a lot of discussion of what it means to ask for a parent’s hand in marriage.

How did you deal with Taysia and Hannah G.? They both got their hearts broken on national TV.

Colton does a very good job of saying this is not fair for me to keep you when there could be someone that feels the same way about you that I do with Cassie. That doesn’t mean Taysia or Hannah are thrilled about it or necessarily understand it. Hannah feels like this is unfair that she didn’t even get to say her case, but he was very steadfast in that he was doing the right thing. He really feels like he’s doing the right thing. Time heals all wounds. They’re still sad and it’s always hard because you get some distance from it, and then the show starts airing and you live it all over again. It is difficult, but they’re both incredibly resilient women, and hopefully, they’ll both be on some “Bachelor” related show, and they’ll get a second chance at love.

Have you spoken to Hannah G. and Taysia about “Bachelor In Paradise?”

Absolutely we have. And we would love for them to be there.