James Corden on If He’ll ‘Carpool Karaoke’ With ‘Cats’ Co-Star Taylor Swift: ‘I Hope So’ 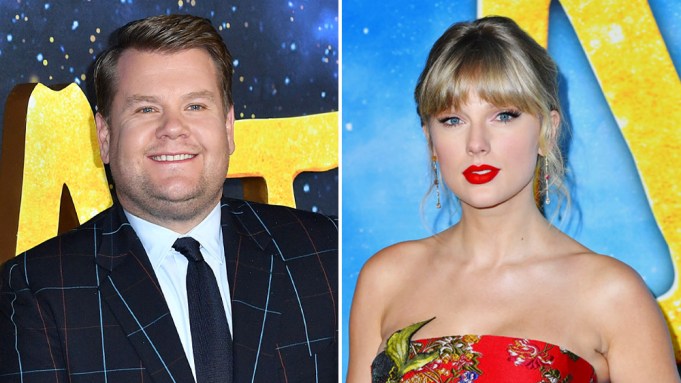 Taylor Swift fans have been waiting for the superstar to do “Carpool Karaoke” on “The Late Late Show With James Corden.” Ever since a tweet sent out by the CBS show’s Twitter account earlier this year sent Swift loyalists into a tizzy, there has been speculation on if — or when — the carpool collaboration will happen, but so far, no news.

Well, good luck for the Swifties: James Corden wants it to happen.

“I think we’ll do it at some point, I hope so,” Corden told Variety on Monday night at the “Cats” premiere in New York City when asked about doing “Carpool Karaoke” with Swift, with whom he co-stars in the musical.

While Corden would love to sing along with Swift in the car, he says it’ll all depend on her schedule. Pointing to Sir Paul McCartney, whose “Carpool Karaoke” took 19 months to finally make happen, Corden explained, “These are very busy people that you’re dealing with whose lives are often planned and mapped out years in advanced. So, I hope so.”

While Swift isn’t on board for “Carpool Karaoke” yet, she will appear on Corden’s late-night CBS show this week with the rest of her “Cats” cast.

“We have a fun bit with the cast going out this week on ‘The Late Late Show,'” Corden revealed to Variety, adding that they “literally just shot it” before the red carpet premiere. “So I have no idea if it’s any good or not, but it was fun, so we’ll see.”

Variety has confirmed that the “Cats” bit, which will air this Thursday, is not “Carpool Karaoke.” Instead, it’ll be a different sort of comedy sketch, featuring Swift, Corden, Jennifer Hudson, Rebel Wilson, Jason Derulo, Francesca Hayward, Andrew Lloyd Webber and director Tom Hooper.

As for Swift’s “Carpool Karaoke” status, a spokesperson for “The Late Late Show” tells Variety: “Nothing is in the immediate works with Taylor Swift for ‘Carpool Karaoke’ at the moment, but she is always someone we would love to film this with.”