Taraji P. Henson Cries While Discussing Mental Health in the Black Community: ‘This Is a National Crisis’ 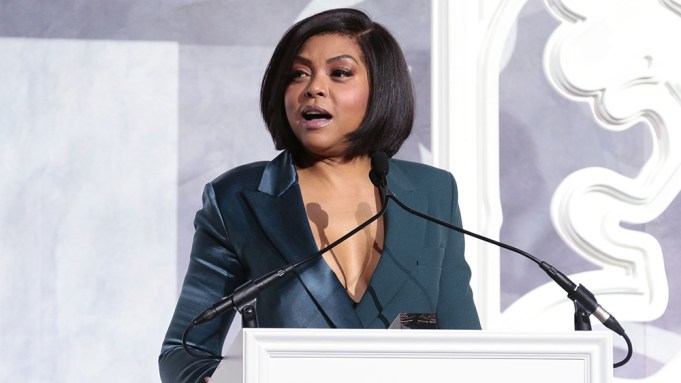 Taraji P. Henson shed light on the history and stigma of mental health in the black community at Variety’s Power of Women NY presented by Lifetime.

Henson received the honor on Friday for her work with the Boris Lawrence Henson Foundation. “Our vision is to eradicate the stigma around mental health in the black community by breaking the silence and breaking a cycle of shame. We were taught to hold our problems close to the vest out of fear of being labeled and further demonized as weak, or inadequate,” said Henson. Breaking down in tears, she called the state of mental health for black people a “national crisis.”

“My dad is one of the reasons I started this foundation, and my son, and my neighbor, and my friends, my community, our children is why I keep going,” she said. The actress named the foundation after her father, who experienced mental illness after returning from his tour of duty in Vietnam.

She continued, “The history of mental illness for black people in America stretches all the way back 400 years, 15 million people, and an ocean that holds the stories.”

Henson reflected on the roles in her career where she has depicted the experiences of black women during Jim Crow segregation. She referenced Katherine Johnson, a NASA mathematician who helped launch the first man in space, and Catana Starks, the first black woman to coach a college men’s golf team. Finally, she brought up Ann Atwater, an advocate for school desegregation. Henson plays Atwater in the film “Best of Enemies” which was released Friday. The actress said of each of the women she’s played, “She kept going.” Henson said, “Four hundred years running through the veins. And we keep going.”

“My biggest dream is to see little black and brown people play in the sun, splash in the ocean, for generations to come, and know that the power of women will always be waiting at the shores to receive them. Thank you,” Henson concluded.