Susan Lucci on Her Emergency Heart Surgery: ‘I Was Very Lucky’ 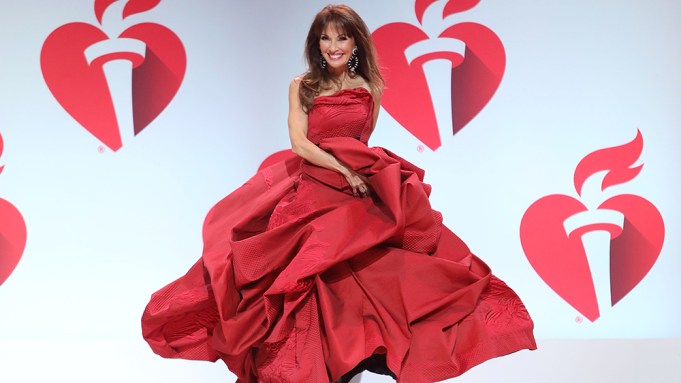 Moments before she took a tumble on the runway (and expertly recovered), Lucci spoke to Variety about why she decided to come forward and open up about her health scare.

“I knew how lucky I was, and I just wanted to pay that forward,” Lucci said.

The small screen legend says she watched an interview awhile ago where a woman talked about having a heart attack, explaining that she felt like an elephant was pressing against her chest. When Lucci experienced the same symptoms, she recalled watching that interview and knew something was wrong.

“It made me take my symptoms seriously. I was very lucky. I wound up going to the emergency room and having a 90% blockage in my main artery, 75% blockage in another,” Lucci said. “The next day when I was released after they put two stents in, they did emergency surgery, I called my publicist and asked, is there any way I can tell my story now? Because maybe now another woman will be listening and somehow she’ll get lucky too.”

Lucci — who says she feels great now — was surprised by her heart issues, given how healthy a lifestyle she leads, which is why she wanted to become involved with the American Heart Association. At the annual New York Fashion Week red dress event, the organization raises awareness for heart disease, which is the leading cause of death for women, claiming the lives of one in three women.

“It was so shocking to me. I’ve never had a health issue. I eat super foods — blueberry, salmon and kale,” Lucci said. “What I will say is that my message to women is put yourself on your to-do list and listen to your body, and if there’s anything unusual, go ahead and take care of it. Heart disease kills more women than all cancer combined. I don’t think a lot of people know that. I didn’t know it.”