How to Watch the Super Bowl Live Stream 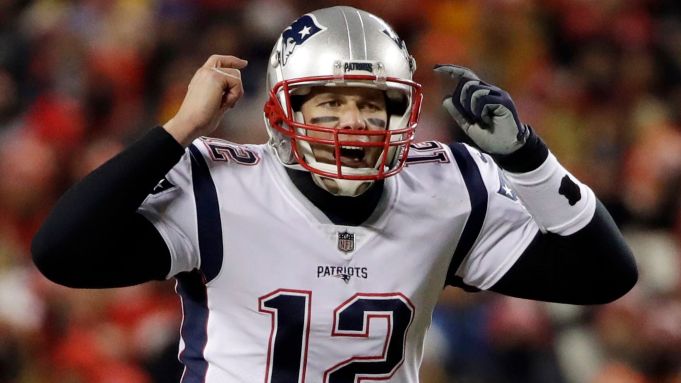 One of the most highly-anticipated Super Bowl matchups in recent years is finally upon us. The Tom Brady-led New England Patriots hope to bounce back from last year’s disappointing loss as they face off against the Los Angeles Rams (and their league-best record) at Super Bowl LIII on Sunday in Atlanta.

CBS is projecting huge numbers for the game, which moves to the network from NBC. The Philadelphia Eagles beat the Patriots in last year’s game, which averaged 103.4 million viewers for the Peacock. That marked a drop of approximately 7% from the 2017 Super Bowl, and made Super Bowl LII the least-watched Super Bowl since 2009.

This year’s game kicks off at 3:30 p.m. PT/6:30 p.m. ET from inside Mercedes-Benz Stadium. The Patriots are currently the odds-on favorite to take home the trophy, though the Rams carry the better season record into the game. As previously announced, Maroon 5 will headline the Super Bowl halftime show (stream their latest album here), with confirmed guests Travis Scott and Big Boi. Gladys Knight will perform the national anthem, while Atlanta natives and Grammy-nominated sister singing duo Chloe x Halle will sing “America the Beautiful.”

If you have cable, the game airs live on CBS this Sunday. You can also stream the game through the official NFL app (get it here) or on NFL.com. Want to see a few more options? Here’s where else to catch the action.

CBS is the official broadcast partner of this year’s Super Bowl and you can stream the game online at CBS.com. The site is offering a seven-day free trial right now that’ll get you access to the game on your phone, tablet, or through your connected devices (i.e. Google Chromecast). You can cancel right after, or keep CBS All Access for just $5.99/month (students get a 25% discount), which gets you live TV, 10,000 hours of on-demand content, and access to CBS All Access originals, like “Star Trek: Discovery” and “The Good Fight.” Get more details here.

One of the best streaming services for sports, fuboTV offers more than 100 channels plus live TV starting at just $39.99/month. For the Super Bowl, fubo’s basic package gets you the game on CBS Sports, plus wall-to-wall coverage and analysis over on the NFL Network. What we like: you can use fubo’s three-day replay feature to replay the big game, letting you pour over every missed play or pivotal point. You can also connect fuboTV to your choice of streaming device (i.e. Apple TV, the HD/4K Roku, or the best-selling Fire TV stick) and cast the game onto your TV. Right now, fuboTV is offering a seven-day free trial. Sign up today and get access in time for this Sunday’s game. Get more details here.

3. Stream on Hulu With Live TV

Grab the Hulu Live TV plan and you’ll have access to CBS on almost any device. The best part: Hulu works on two screens at a time, and their “live game start” notification sends an alert to your screen once the game is about to begin (You can also set up a push notification to your phone). Getting started with Hulu Live TV is easy as the site is also offering a seven-day free trial. Start your trial here and cancel at any time.

Prefer the old-school way of watching the game? Grab this $20 indoor antenna from Amazon, which will pick up your local CBS affiliate (and most other major networks) for free. This five-star-rated model delivers 1080p HD reception with up to 70 miles of range, for accurate, reliable picture quality without distortion or fuzz. Purchase it for $19.98 on Amazon.com.

Editorial products are independently selected. If you buy something through our links, PMC may earn an affiliate commission.