On how 'Succession' won my heart with Shakespearean flair and morally bankrupt slime puppies. 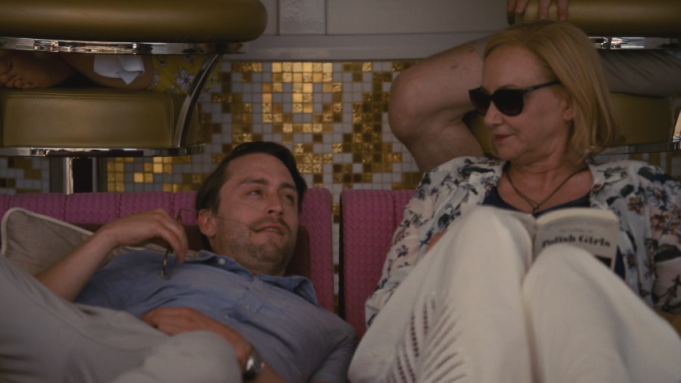 It was only as the credits rolled on the Season 2 finale of “Succession” that I realized I was standing. At some point during the exhilarating final scene, I’d apparently leapt to my feet, radiating with the thrill of watching the last meticulously placed domino fall. It was startling to understand just how invested I’d become in the show, especially because just a few months ago, I didn’t care about “Succession” at all. In fact, I was an active skeptic, having watched three episodes before discarding the series for one of the dozen others waiting on the backburner. But once it became clear that “Succession” wasn’t about to be ignored, I dove back in, and within days became the kind of wild-eyed “Succession” evangelist who forced me to reconsider it in the first place. (My parents also love it now, as I told them they would.)

So what is it about this show, yet another in a long line about selfish one-percenters trying to outdo each other’s depravity, that sucked me and so many others in this completely? Why do we care which member of a family based on the Murdochs — one of America’s most insidious dynasties, period — might come out on top of an empire built on corruption and deceit? Why do we enjoy watching them scrabble for security amongst themselves when their baseline is so completely despicable? What is, as the show’s terrifying patriarch Logan Roy (Brian Cox) would say, the protein of the “Succession” obsession?

The most obvious reason is that “Succession” is, despite its hourlong runtime and self-serious characters, extremely funny. Creator Jesse Armstrong came from comedy and it shows. Every character is hilarious, whether they know it or (more likely) not. Much has been made of Armstrong’s connection to Armando Iaunucci, the creator of the hyper-vicious political satires “Veep” and “The Thick Of It,” the latter of which counted Armstrong as a writer. You can draw a straight line from Malcolm Tucker seething “fuckity bye” to Logan Roy grunting “fuck off,” or anything lobbed at Jonah Ryan to the florid insults thrown at Cousin Greg(ory). Less has been said of the show’s roots in Armstrong’s own “Peep Show,” a scathing comedy about the banal indignities of everyday life and the searing embarrassment of living inside your own head. Both sensibilities come crashing together in “Succession,” which provides a peek behind the gilded curtain at an extraordinarily powerful family only to reveal that everyone within it, like almost everyone else on this godforsaken rock of a planet, hinges on a desperate quest for approval. Armstrong writes that dynamic better than most, and the results are undeniable. The word “Shakespearean” gets thrown around a lot, usually to signify that a drama is very Serious and Backstabby, but “Succession” embodies it more than most anything else. Not only does so much of the show circle figurative patricide, but thanks to its wicked sense of humor that keeps the characters on their toes and the audience in the know throughout their every ill-fated scheme. (Though honestly, what Shakespeare characters tend to gush about in winding soliloquies, “Succession” actors can convey with a single pointed look.)

“Shakespearean” is also one of the best ways to describe the airtight structure of “Succession.” While the first season was strong, the second proved masterful with its command of pace and themes. It dropped hints that weren’t exactly subtle, but didn’t need to be when the payoff was so satisfying. It picked up seemingly stray threads, like the ticking time bomb of the company’s disastrous cruise division, with purpose and clear intent. It began and ended with prodigal son Kendall (a constantly simmering Jeremy Strong) giving a press conference at his father’s command, to dramatically different and equally important results. It traced the moral descent of characters like headstrong daughter Shiv (Sarah Snook), laying the groundwork for her embrace of power so that when she sacrifices an innocent woman to do it, it’s as disgusting as it feels inevitable. Comparisons of the show to “Game of Thrones” have proved tempting — both do revolve around warring families who slash and burn in pursuit of a throne — but “Succession” is far better at laying groundwork to earn its surprises. “Game of Thrones” routinely leaned on obscuring character motivations in order to shock its audience out of nowhere; “Succession” weaves its clues into the narrative and trusts that their natural endpoints will be satisfying enough on their own. As with any puzzle, guessing what might be coming doesn’t take away from the pleasure of watching it all come together.

Still, that question of “pleasure” is the one that nagged at me throughout my “Succession” marathon. At a time when the staggeringly rich are steering the world into a seeming skid, it feels perverse to love watching a show entirely about them this much. Given how much power and influence they wield, the Roys’ utter carelessness and insular desire to stay afloat no matter the human cost outside their immediate family is horrifying beyond words. Looking back, however, I find that the closest analogy for the way I enjoy “Succession” lies in one of the second season’s best, wildest, and most surprisingly romantic storylines.

The moment when the relationship between Roman and the Roy’s steely general counsel Gerri (J. Cameron Smith) goes from maternal to overtly sexual (or at least some combination thereof) is one for the TV ages. Roman craves validation and a metaphorical spanking; Gerri is, despite herself, too amused and intrigued to back away. Roman gets off on her humiliating him, while Gerri gets to verbalize the disdain that’s been vibrating behind her narrow glares all along. Sooner rather than later, this kinship built on Gerri calling Roman a disgusting little “slime puppy” even turns a little tender.

Truly, there is nothing I love on “Succession” more than this dynamic between Gerri and Roman (which is saying something, considering Shiv’s perfect new haircut). At first I figured this was just because it’s fun, and because Smith and Culkin as an odd couple pairing are just too irresistible. That’s all still true, but I’ve also since come to understand that their relationship, and the flipped power dynamics between them, mirrors my own with “Succession” itself.

Just about everyone on the show is a depraved egomaniac with too much money and power to bother considering anyone outside their immediate eyeline. They’re small, mean, cruel and careless — which is exactly why I love to watch them squirm. I love seeing them cut each other off at the knees and stumble into dumb booby traps of their own design. I love seeing them fail. Even when they’re making me cringe so hard I have to watch them through my hands, I love seeing without a shadow of a doubt that they’re exactly as fallible and shortsighted as I always suspected — even if, like Gerri, I know that the Roys of the world will always have more power than I could ever dream of. “Succession” means understanding that on a visceral level, to both your total horror and endless amusement. The Roys may be slime puppies, but they’re our slime puppies. Let them eat cake, as long as we get to watch them fall face-first into it.