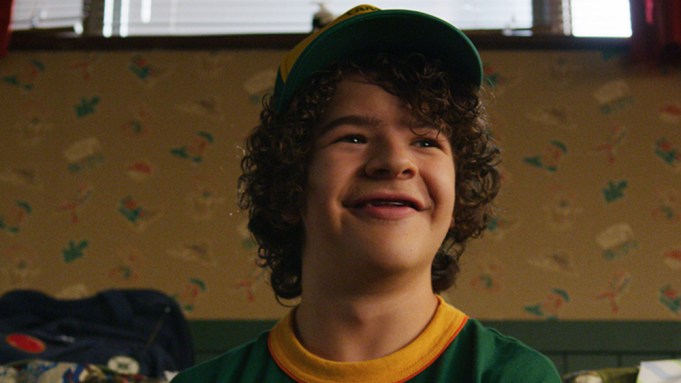 “Stranger Things” star and host of “Prank Encounters” Gaten Matarazzo offered some insider details on both of the shows he’s working on, as well as his thoughts on Season 4 of the Duffer brothers-produced series and his favorite fan theory.

“Stranger Things” Season 3, which premiered on Netflix in June, introduced a new evil, forcing the Hawkins crew to jump back into action. Threatened by the presence of Russian scientists and bloodthirsty townspeople, the kids, along with Sheriff Hopper (David Harbour) and Joyce (Winona Ryder), save the day and the town yet again, though it comes with a heavy cost. The trauma of the Upside Down’s attempts on their lives prompts a few of the characters to leave Hawkins in search of a fresh start.

The series has left fans anxious as they wait to see what’s in store for the cast of the Emmy-nominated show. Viewers have been known to share their theories on the show’s characters and storylines via social media, something Matarazzo — who plays Dustin — acknowledges and sometimes indulges in.

“They’re all interesting. My favorite theory is that Suzie’s actually a Russian mastermind and spy working with the Russian government. I think it’s so stupid and so funny. I hope that doesn’t play out because that would be weird,” Matarazzo tells Daily Variety’s Audrey Yap.

So what does Matarazzo see in Dustin’s future?

“It’s really hard to say because I don’t really know where the characters are going. He’s flapping in the wind at this point,” he says. “At the end of the season, all the kids are divided because everyone moves away from Hawkins. Eleven goes with Will and Joyce to go try and find some type of peace and the rest of the gang stays behind. I don’t necessarily know how that’s going to work. I mean Mike and El being separated is crazy. I think fans are going to freak out.”

Production for Season 4 is scheduled to start in January.