How ‘Stranger Things 3: The Game’ Will Take Players Beyond the TV Show 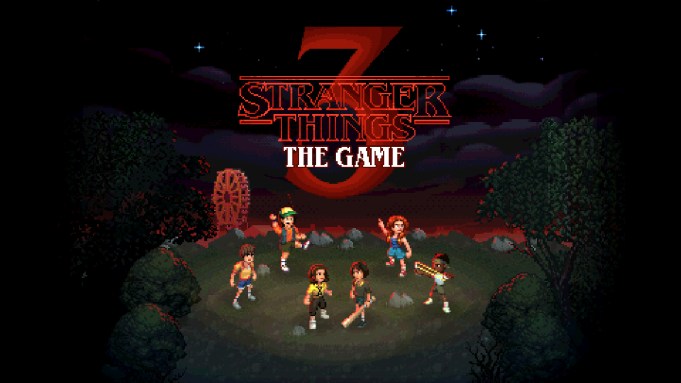 When the third season of “Stranger Things” hits this summer, fans can binge-watch the show on Netflix or they can play through the entire season in a pixelated ’80s-inspired game.

But Dave Pottinger, “Stranger Things 3: The Game’s” director, hopes they’ll do both.

Not only will the game hit on July 4, the same day the show goes live, and feature the same storyline, it will offer up to fans a chance to delve into pockets of the story not seen in the television show, moments that happen off-screen and which are only referenced in the series.

Pottinger, co-founder and CEO of developer BonusXP, noted that it’s the second “Stranger Things” game the company has worked on, having previously developed “Stranger Things: The Game” for mobile between Seasons 1 and 2. “With this one, we wanted to go bigger,” he said. “So it’s a larger, more inclusive experience.

“It will have all of the season’s content and places, where true fans can dive into the things that happen off-screen.”

The game is such a close adaptation of the television show that when BonusXP and Netflix showed it off to press, they used a completely made-up level that won’t actually appear in the game. It’s purpose was simply to show off the game’s look and feel — without revealing any of the key plot details to be explored in Season 3.

Reflecting the show’s setting, the game has a distinct ’80s feel to it, looking like a game pulled out of an arcade from the decade. And it’s not just the core aesthetic that the game makers pulled from that era; they also looked to some of the popular games of the time when it came to the gameplay.

“It’s a little bit of an ’80s-grab bag, but modernized for today,” Pottinger said.

The game borrows play elements from everything from “Contra” to “The Legend of Zelda” and “Goof Troop,” “Streets of Rage,” and even some of the old “Teenage Mutant Ninja Turtles” games, he said.

“We all brought in our old consoles and were playing games for inspiration, so there is a bit of an homage from those,” Pottinger said. “It’s important for us to echo the vibe of the show, which is friendship over fear, so we designed it from the ground-up for cooperative play.

“We want to invoke that feeling of sitting down on a couch and playing those old games together.”

In the demo, two players take control of Joyce Byers (Winona Ryder) and Jim Hopper (David Harbour) as they explore a seemingly abandoned lab that ends up being packed with slews of sunglasses-wearing bad guys.

Both characters have a unique attack they can use. Byers has a spinning move that can make stun enemies, making them dizzy. Hopper has a charge attack that has him shoulder-rushing across the screen, knocking objects and enemies out of his path.

Keeping to classic ’80s gameplay, the demo included a lot of wandering back-and-forth across the map to find items, unlocking doors, and turning the power of the building on and off.

The short demo showed off just how well the game captured the feel of the era while allowing fans to explore the show’s setting. While only two characters were playable in the demo, Pottinger said there will be a dozen available to unlock. As a player unlocks the new characters, they’ll be able to swap them out at any time.

“It’s the characters you would expect,” he said. “Plus some Season 3 surprises.”

While the game developers had some internal discussions about using the actors from the show for voices in the game, they ultimately decided to stay true to the ’80s aesthetic and use text on screen.

He said the game will take 12 to 15 hours for players to complete.

While show creators Matt and Ross Duffer aren’t involved in the day-to-day of the game’s creation, they remain very plugged in, Pottinger said.

“They have their show to finish,” he said. “But they are plugged into what we’re doing. They’ve seen the game, played it.”

They’re also involved with the script, which is built off of the show’s.

“We have the events of Season 3 and can play that the way you want,” Pottinger said. “Then we’ve added sidequests, optional content for people who want a longer experience, but also for fans. So for people who watch the show and play the game, it will be more than just playing through the show.

“We have mined all of the scripts and talked back and forth with the Duffers and their team and production staff. We’re sending our script over and getting their feedback.”

Currently, the team is focused on ensuring that everything is done and ready to launch the same day Netflix pushes the season live, but there are plans for adding content after the game and season are live. Pottinger noted, however, that the team is excited to release the game day-and-date with the season’s debut.

“The franchise’s season launches are events now,” he said. “Coming out on the same day has made it harder for us, but it’s fun to be part of that hype.”