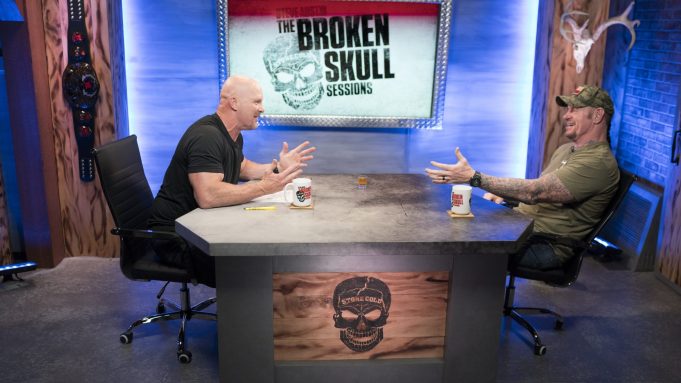 WWE Hall of Famer Steve Austin is returning to the WWE Network with a brand new interview series.

The company’s branded streaming service will air the monthly series “’Stone Cold’ Steve Austin: The Broken Skull Sessions,” with the first episode set to air on Nov. 24 at approximately 10:30 p.m. ET after the annual WWE pay-per-view Survivor Series. Variety has also learned that the premiere episode will feature a rare long-form interview with Mark Calaway, better known to WWE fans as The Undertaker. Calaway first joined the WWE nearly three decades ago and is widely regarded as one of the greatest to ever step inside the squared circle.

“Mark has been doing The Undertaker for 30 years and he has had one of the greatest runs in the history of the business,” Austin told Variety. “He’s stayed in character all this time. He’s made a few appearances on some talk shows way back in the day, but no one has really ever heard from Mark Calaway the man…I think he was enthusiastic because he has been quiet for so long so now he has the chance to share some stories like everyone else has. He’s had one of the most high-profile careers and, back in his heyday, had some of the most outlandish stories from the road. We had a great time shooting the breeze.”

Austin also said that, given the length of Calaway’s career, he hopes the two can sit down for more interviews in the future to cover topics they could not get to during the premiere. Future episodes of the series will feature one-on-one conversations with other big names from WWE, both past and present, as well as other celebrity guests.

This is not the first time Austin has hosted an interview series on the WWE Network. He previously hosted a live version of his popular podcast for the streamer, which featured appearances by fellow WWE stars like Mick Foley, Paul “The Big Show” Wight, and Brock Lesnar. According to Austin, “The Broken Skull Sessions” will offer something different.

“I think this is going to be a little more relaxed and laid back,” he said. “The other one was live and I was flying around to accommodate the schedule and going out on the road. This is over at the Broken Skull studio, which we’ve built up…It’s basically like a bulls–t session, talking about someone’s career and trading stories, shooting the breeze.