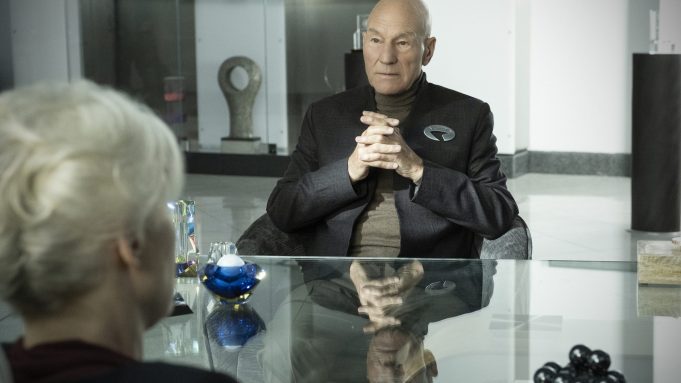 “Star Trek: Picard” is bringing back some familiar faces.

The new series will see Stewart reprise the iconic role of Capt. Jean-Luc Picard. In a trailer played during the panel, fans saw Picard agreeing to help a young woman in danger who comes to him for help. You can watch the full trailer above.

Stewart played Picard for seven seasons on “Star Trek: The Next Generation” in addition to appearing in four “Star Trek” films.

“Picard” will air exclusively on CBS All Access in the United States and will be distributed concurrently internationally by CBS Studios International on Amazon Prime Video and in Canada on Bell Media’s cable networks, Space and Z, and OTT service Crave.

“Picard” is the latest in a growing line of series that CBS is rolling out to build up a new “Star Trek” TV universe. In addition to “Star Trek: Discovery,” which just concluded its second season on All Access, upcoming shows include the animated comedy “Star Trek: Lower Decks” and an untitled Nickelodeon animated series as well. A drama series centered on Michelle Yeoh’s character from “Discovery” is also currently in development at All Access.