Continue to Variety SKIP AD
You will be redirected back to your article in seconds
Apr 17, 2019 9:45am PT 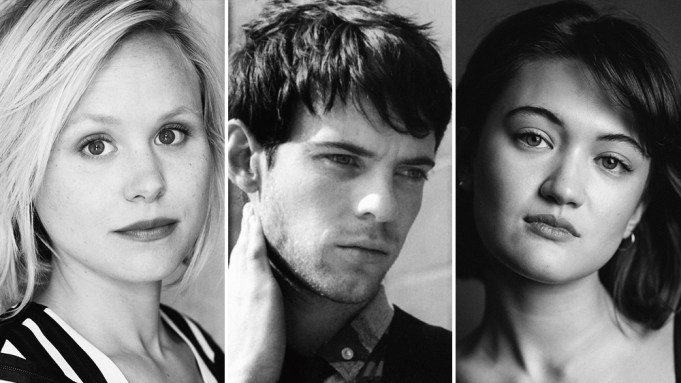 The cast of the Captain Jean-Luc Picard series, which currently in the works at CBS All Access, is continuing to take shape.

As previously reported, the series will see Patrick Stewart reprise the role he played for seven seasons on “Star Trek: The Next Generation.” Exact plot details are still being kept mostly under wraps, though the series is said to tell the story of the next chapter of Picard’s life, indicating that it will take place after the events of “Star Trek: The Next Generation.”

Pill, who is represented by CAA and The Burstein Company, is best known for playing Maggie Jordan on Aaron Sorkin’s HBO series “The Newsroom.” Treadaway is known for playing Victor Frankenstein on “Penny Dreadful.” He is represented by Principal Entertainment LA. Briones, who recently starred in “American Crime Story: Versace,” is repped by Piper/Kaniecki/Marks Management.

The series hails from Alex Kurtzman, James Duff, Akiva Goldsman, Michael Chabon, and Kirsten Beyer. Kurtzman, Duff, Goldsman, and Chabon will also serve as executive producers on the series along with Stewart, Trevor Roth, Heather Kadin, and Rod Roddenberry. CBS Television Studios will produce. The series does not currently have a premiere date.