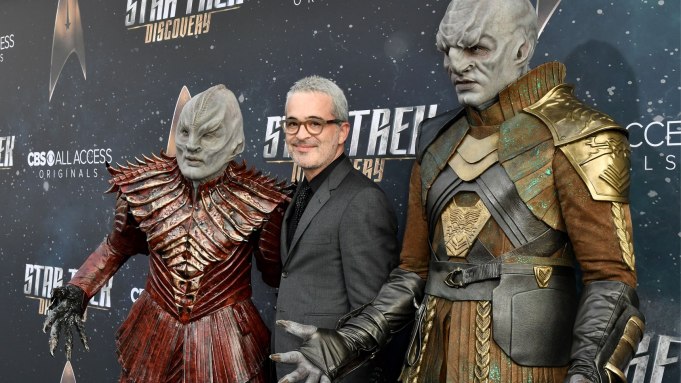 “Star Trek” is focusing on family in Season 2 of “Star Trek: Discovery,” according to franchise executive producer Alex Kurtzman.

At the CES Summit on Tuesday in Las Vegas, Kurtzman got candid about the future of the series, explaining that the show’s characters have finally come together into a make shift family following the events of season one. However, despite their newfound connection, he said future events will challenge whether or not the characters will be able to remain together.

Other topics at the summit included the franchise’s future animated shows as well as a new spin-off featuring the return of Patrick Stewart. See a full list of what we learned from the summit below:

Kurtzman Teased a “Much Lighter” Season 2 of “Star Trek: Discovery”

Kurtzman said Season 2 will provide some “much lighter” content after the war torn space-scape of season one. Although the series will still feature a number of challenges and darker themes, Kurtzman explained that the show will no longer feature the constant threat of daily war, allowing for some more positive moments. Additionally, Kurtzman said he wanted to return to the heart of the franchise itself, which Kurtzman called, “an essential vision of optimism…that in the future, our best selves are going to emerge.”

After the exploring the mystery behind Spock’s secret half-sister Michael Burnham in season one, the franchise is doubling down on their relationship by exploring the “friction” between the two characters – a relationship that also ties into a much larger mystery.

Kurtzman said “Rick and Morty” executive producer Mike McMahan approached him with an idea for a show about people on the lower decks of a spaceship.  The show, which will also skew slightly more adult, will feature some of the ship’s more mundane jobs like turning food cartridges into food.

“It’s not that we’re doing ‘Rick and Morty’ in the world of ‘Star Trek,'” Kurtzman said. “The key is to laugh with ‘Star Trek’ not at ‘Star Trek,’ and it will skew slightly more adult.”

More Animated Series Are On the Horizon

Kurtzman confirmed that three other animated shows are in the works for CBS All Access and will likely be geared toward a younger audience.

The Return of Patrick Stewart to the Franchise

Patrick Stewart is returning to the “Star Trek” franchise, but casting him wasn’t easy according to Kurtzman.

Stewart first came on board the space-age franchise as Captain Jean-Luc Picard in the 1987 premiere of “Star Trek: The Next Generation” where he was joined by the likes of Jonathan Frakes, LeVar Burton and Brent Spiner. After the show’s explosive success, he continued with the show for seven seasons, sky rocketing into Hollywood fame. He also portrayed Picard in the films “Star Trek Generations,” “Star Trek: First Contact,” “Star Trek: Insurrection” and “Star Trek: Nemesis.” Now Stewart is set to return to the franchise as part of a new series currently in development. Read more about the upcoming series and how Kurtzman wooed the “Star Trek” actor here.