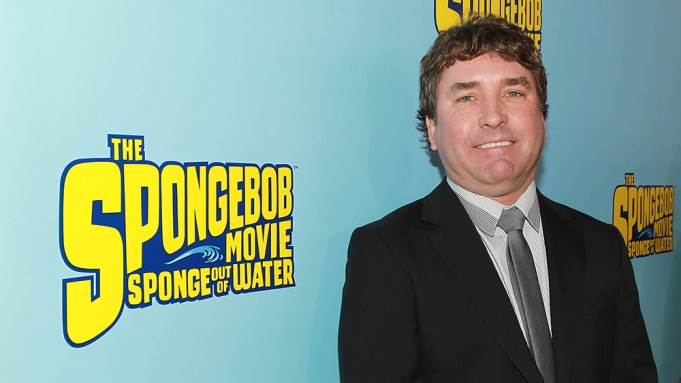 The cast of “SpongeBob SquarePants” paid tribute to the late Stephen Hillenburg during their panel at San Diego Comic-Con on Thursday.

“SpongeBob to me represents Steve in a really profound way,” said Bill Fagerbakke, who voices Patrick Star. “The nature of that character is what the whole show is built on and so it’s kind of built on his spirit in that way.”

Tom Kenny, who voices the titular talking sponge, added, “SpongeBob has conquered the world. He’s probably in almost every language on earth in every country on earth. He’s on every conceivable product you could put him on…It reminds me of a time where SpongeBob only existed in Steve Hillenburg’s desk drawer.”

“It was something he drew on a piece of paper from his own head that conquered the world,” Kenny added. “Talk about the power of ideas and art and silliness.”

Hillenburg, the creator of “SpongeBob,” passed away in November after battling ALS. After college, Hillenburg became a marine biology teacher at the Orange County Marine Institute (now the Ocean Institute). That, combined with his love of art, led him to write and illustrate stories as teaching tools with characters that would later become the denizens of SpongeBob’s home, Bikini Bottom.

“SpongeBob Squarepants” has gone on to become one of the most successful and well-recognized animated series of all time, reigning as the number-one kids’ animated series on TV for nearly two decades. The show was recently renewed for a thirteenth season at Nickelodeon following the success of the anniversary special “SpongeBob’s Big Birthday Blowout.”

Nickelodeon announced back in June that the series would get its first spinoff, currently titled “Kamp Koral.” The series will see SpongeBob and his friends as 10 year olds at summer camp. The series has received an initial 13 episode order.