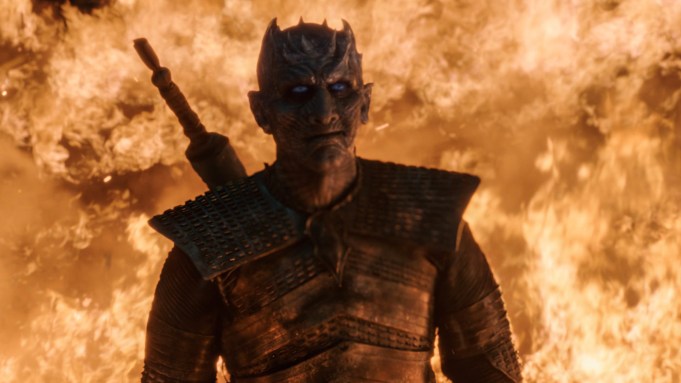 As the white walkers descended upon Winterfell, celebrities similarly stormed Twitter and Instagram in droves to comment on the action packed third episode of “Game of Thrones” season eight. Here’s a few of the best “GOT” star reactions.

Jonas feted the Arya actress as the greatest of all time with the goat emoji. When Jonas and Sophie Turner get married, will that make Arya Stark his sister in law?

The SNL actress added a NSFW narration throughout the night…

And for the grand finale…

Jones practically does voice over for the entire episode. David Benioff and D.B. Weiss might be regretting not asking Jones to narrate the series.

The youngest Jonas brother was pretty curt with his reaction. Wow is all that needs to be said about the episode.

The singer/rapper was a bit disappointed with Sam Tarly.

Then, he had some words of encouragement.

And finally, he began to tear up.

Seeing the hound scared is making me tear up more than lady Mormont getting pimp slapped by the dead giant right now. @HBO @GameOfThrones #GoT #Season8 #DemThrones #Episode3 #BattleOfWinterfell

Small question, why didn’t the dragons fly out way earlier and weaken the dead army en route to winterfell

Goddammit I had this whole amazing night king theory

I bet a couple recurring guest actors were reading this script and saying “Oh cool, but I come back,” and then they got to this part and they were like “Oh”

But what about the actual cast of Westeros?

Cersei doesn’t show much love to the Starks, but that doesn’t stop Headey for shouting out the Battle of Winterfell hero on Instagram.

Pascal has apparently always been an Arya fan.

And finally, Clarke pays to tribute Jorah for protecting Dany and dying for his queen. Making this his final “Khaleesi” until another fan asks him to look them in the eyes and repeat his signature phrase.

“YOURE SIMPLY THE BEST, BETTER THAN ALL THE REST, BETTER THAN ANYONE, ANYONE IVE EVER MET……😭” #serjorahforlyfe #thronesthrowsapunchandahalf @hbo @gameofthrones #heartbreakhotel #bestthingiveverseenonscreenEVER