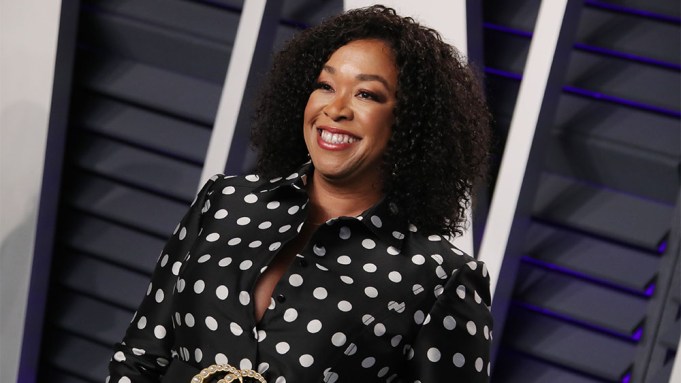 Shonda Rhimes, one of Hollywood’s most powerful storytellers, has partnered with Dove in the past to improve the portrayals of women in the media. Their latest collaboration, #ShowUs, is a new photography database with more than 5,000 images of diverse women to help promote more accurate representations in the press and advertising.

Last week, Rhimes sat down with Variety at Cannes Lions, the annual advertising festival in the South of France, to talk about this project, how it feels to have “Grey’s Anatomy” be on TV for so long and what’s next for her at Netflix, her new creative home.

Can you tell us about #ShowUs?
Dove has created, along with Getty Images, this wonderful project #ShowUs, which means that they came together with another company, Girlgaze, to have photographers take pictures of women and non-binary individuals to make a series of photos that really represent a different kind of beauty. Basically, women as they are versus the very narrow stereotype of women who we generally see in advertisements and magazines. We all see that same kind of stereotypically beautiful woman in an ad. And we want to see women who look like us. I think it’s important to see yourself represented in those images.

At the talk that you gave today, the statistic is that 70 percent of women don’t see images in the media that are reflective of them.
It’s a terrifying statistic considering that if you’re a girl growing up, you’re looking around and you’re seeing these images that don’t look anything like you. You feel invisible or you feel erased.

Growing up, did you see yourself on TV?
I always knew I wanted to be a writer. I always knew I wanted to be a storyteller, but there was nobody out there who seemed anything like me. I gave a speech once at the Television Academy where I talked about the only woman I saw in television who looked a little bit different, who had a different body type, was Oprah when I was growing up. And that was the one image of somebody who made me feel like, “Oh, there’s somebody out there. You can be something different.”

When did you first see yourself as a feminist?
I don’t even know if I can answer that question. I think that given the fact that a feminist is a woman who believes that men and women should be treated equally, I think I’ve probably been a feminist since the day I was born. That’s not really a consideration in the household I was raised in.

“Grey’s Anatomy” recently became the longest running medical drama in TV history. As it enters its season 16 next fall, how does that feel?
It’s surreal. I mean it truly is a surreal feeling to know that that show’s been going for as long as it’s been going. Ellen Pompeo and I talk about that every once in a while. This idea that something that we thought maybe would go a season is still strong, I feel incredibly lucky. Those fans have been amazing.

In an interview with Variety, Ellen spoke about how you always gave her the space to be both an actress and a mother. How do you ensure that that’s possible for all the women who work for you?
I think it’s important because women work and obviously we’re expecting women to have children and women to have lives. And we live in a society right now where it’s not an obvious thing where men are having children and staying home. So women have to figure out a way to be mothers and working mothers at the same time. I’m a working mother. So I’m not going to create a world in which it’s simpler for me than it is for the people that I work with.

You are at Netflix now. Is there anything you can tell us about the eight projects there that you’re working on?
There are more than eight. That I can tell you. We’re getting started. It’s exciting. We just cast Julie Andrews in our untitled Bridgerton project. And we’re heading into production for that and that’s exciting.

Are you a binge watcher? Or do you prefer to space episodes out?
I have become a serious binge watcher. And it’s really interesting because now I have a hard time not binge watching. I sort of try to save up my episodes of things to watch now.

What are you watching?
I’m waiting for “Succession” to come back. “Dark,” which is on Netflix, is coming back. And I’ve been waiting for that for two years.

Netflix won’t let you see it early?
You know what? They do sometimes, but sometimes I don’t want to ask. I got to see “The Crown” early, and that was really amazing. But right now, I’m busy writing so it’s harder to get involved in something.