Sean Spicer Voted Off ‘Dancing With the Stars’ 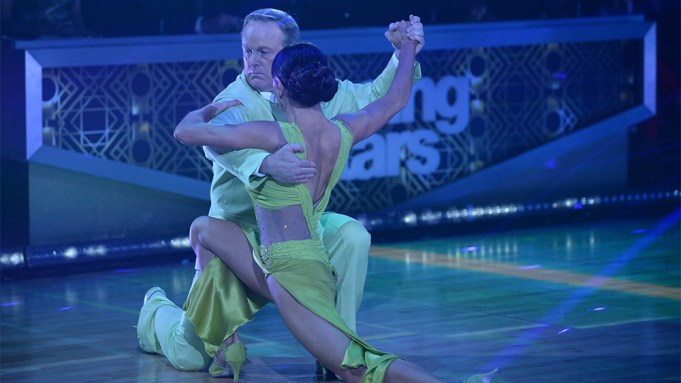 Sean Spicer will no longer appear on America’s television sets every Monday evening, at least as part of “Dancing With the Stars.”

The former White House press secretary was voted off “DWTS” Monday night despite President Donald Trump’s earlier tweet urging the American people to vote for Spicer on ABC’s dancing competition show. The tweet has now been deleted and replaced with one calling Spicer’s efforts “a great try” and insisting that “we are all proud of you.”

A great try by @seanspicer. We are all proud of you!

Spicer responded, thanking the president for his support and writing that he “can’t begin to express how much your continued support has meant.”

Thank you @POTUS @realDonaldTrump I can’t begin to express how much your continued support has meant, especially during my time on @DancingABC https://t.co/1uLvApIPdp

Spicer also thanked his family, the “DWTS” audience, and his dancing partners in an additional tweet.

To everyone who has voted & supported me over the past 9 weeks on @DancingABC thank u from the bottom of my heart. I made it to the quarterfinals bc of your votes. I had a blast. Thank u to my family, the AMAZING @lindsayarnold – u are the best, & @JennaJohnson I appreciate u!

Spicer was partnered with Lindsay Arnold, though he appeared alongisde Jenna Johnson for his final performance Monday. He performed an Argentine tango to Destiny’s Child’s “Bills Bills Bills” and a foxtrot to “Story of My Life” by One Direction. Spicer and Johnson’s performance earned a 26 out of 40 score.

Spicer’s casting on the show was the subject of controversy after its announcement, with Variety‘s Caroline Framke calling it a “terrible, cynical ratings grab.” It also spawned controversy for his co-star Karamo Brown, of Netflix’s “Queer Eye,” who was criticized for comments he made about Spicer that promoted the idea of meeting political adversaries “in the middle.” Many took Brown’s words as condoning the actions of the previous White House press secretary, infamous for his routine lies.