Sarah Paulson Will Not Star in ‘American Horror Story: 1984’ (EXCLUSIVE) 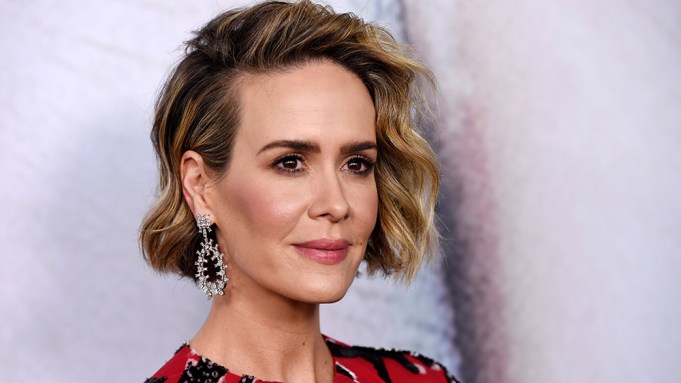 Do not expect to see much, if any, of Sarah Paulson in the new season of “American Horror Story.”

Variety has learned from sources that Paulson will not appear in a significant role in the FX anthology series’ upcoming ninth season, which is titled “American Horror Story: 1984.” Paulson has appeared in all eight of the preceding seasons of the hit series, usually in a major role. It is possible Paulson could appear in a cameo. To date, the least Paulson has appeared in any season of the show was in Season 1, in which she was featured in just three episodes. Fellow series mainstay Evan Peters had previously said he will not be in Season 9.

Paulson has received widespread acclaim for her work on “AHS,” picking up five Emmy nominations for her various roles on the show. She won the Emmy for best actress in a limited series for her role in the first season of “American Crime Story,” which was executive produced by “AHS” mastermind Ryan Murphy.

20th Century Fox Television, which produces the series, and reps for Paulson declined to comment.

Paulson is currently filming the upcoming FX series “Mrs. America,” about the ratification of the Equal Rights Amendment. She will continue working with Murphy on the upcoming Netflix series “Ratched,” which tells the origin story of the notorious Nurse Ratched from “One Flew Over the Cuckoo’s Nest.” That series has received a two-season commitment. On the film side, Paulson will star in the Lionsgate-produced “Run,” while she will also appear in the drama “The Goldfinch” and animated film “Abominable,” the latter two of which will both be released in September.

“American Horror Story: 1984” is set to premiere on Sept. 18. Little is known of the plot or setting of this season, with Murphy releasing a teaser that was stylized like a 1980s slasher movie. Murphy had also previously announced that Emma Roberts would be appearing in the new season.

FX announced last year that it has renewed “American Horror Story” for a 10th season, despite Murphy exiting his deal with 20th Century Fox to make the move over to Netflix. The series remains one of FX’s most valuable and critically-acclaimed properties. Season 10 of the series is expected to air in 2020.