Sacha Baron Cohen: Trump Wouldn’t Be President If Not for Twitter 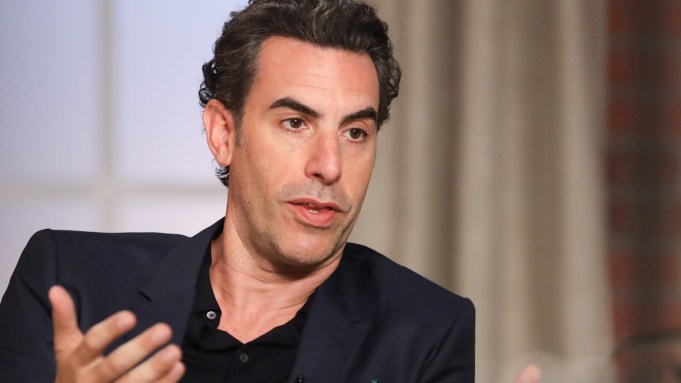 The “Who Is America?” creator and star sat down with “Black Monday’s” Don Cheadle to discuss his Showtime series, which saw the actor going undercover and interviewing Americans around the country, including notable politicians, for Variety‘s Actors on Actors.

Baron Cohen called out Twitter and its CEO, Jack Dorsey, for failing to ban extremists who hold violent viewpoints from the platform, pointing to Dorsey’s recent visit to the White House.

“Trump without Twitter probably would not have become president.” Baron Cohen stated. “Which is why Jack Dorsey is in the White House having a meeting with Trump. What’s fascinating about that is, he’s sitting across from the president, who’s actually the biggest celebrity endorser of his company. And Jack Dorsey and Twitter cannot implement any restrictions against white supremacists and racists…They get rid of the racists, they’re going to have less Twitter subscribers. So obviously he can claim, ‘Oh, I believe in freedom of speech, and obviously I won’t be biased against anyone,’ when really, in society, we want to be biased against those who want to kill people like you or like me, just because of the color of our skin or our ethnicity or because we’re different.”

Baron Cohen issued a warning about the state of society, calling it “dangerous” and stating that “democracy is being disintegrated.”

“We’re living in a society where the space we grew up in, the which is the idea that society is getting better, where black people can get full rights, they can vote, where people are equal despite their differences, that concept is being disintegrated.”

That disintegration is why Cohen wanted to create “Who Is America?” he explained, with the goal of pushing those he interviewed to “the edge where just before a punch or a gun is pulled out.”

“You want to push it to that because that’s where it’s really fascinating,” he said. “And you want to provoke them…I want to see what people’s real thoughts are and real beliefs are and what they would say if they — what you’ve never seen on television before.”

Variety‘s “Actors on Actors” will be published in June in a special issue of the magazine timed to Emmys voting. The companion TV series, which recently won a Daytime Creative Arts Emmy, premieres on June 18 on PBS SoCal. Check back in a few weeks for more from Baron Cohen, Cheadle and the other best actors from this year’s TV season.