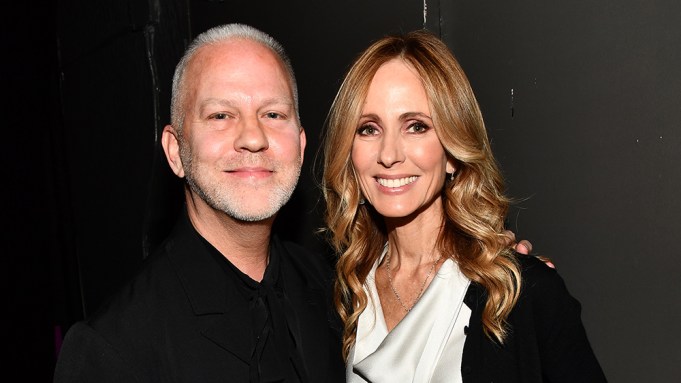 Murphy, creator of “American Horror Story” and “Pose,” shared the story of his youngest son, Ford, being diagnosed with neuroblastoma as he introduced Walden, chairman of Disney Television Studios and ABC Entertainment.

“My baby had a tumor the size of a tennis ball at 18 months growing behind his abdominal wall and the doctor said this was bad,” said an emotional Murphy. “The first person I called was Dana, who is the godmother to both Ford and our older son, Logan. And Dana instantly charged into action as she does. In a day, thanks to her knowledge and acumen and understanding, we were at Children’s Hospital. So she organized the whole thing as I was getting sick in a bathroom.”

Walden, who was recognized for her fundraising work with UCLA’s Jonsson Comprehensive Cancer Center, began her commitment to helping fund cancer research after her own mother was diagnosed with follicular lymphoma in 2008. Murphy referred to Walden as his champion during these difficult times.

“Dana knows and sees so many of the not-so-happy cases,” said Murphy. “I’m so proud and have deep respect for the way she’s made the eradication of cancer part of her life’s work and part of her considerable legacy.”

Murphy and Walden have known each other since the early 2000s. He describes his early existence as “floundering,” trying to make it in Hollywood, before he met Walden, then the head of Fox Studios.

“Over dinner, I told Dana what I wanted to do with my career and my life, which is take people marginalized by this industry: gay people, minorities, women and make them the center of my stories. Save them from being sidekicks and punchlines and make them the heros and heroines. Dana Walden took a chance on me when no one would, and in that meeting she said, ‘Yes, I will hire you.’”

From that meeting, Murphy was able to create “Glee,” “American Crime Story” and “Feud,” among others.

Murphy also explained his commitment to increasing directing jobs for women with help from Walden. “When I realized I was not employing enough women directors on my shows back in 2016, I talked to Dana about my shame and my utter embarrassment. How could I have let this happen?,” he recalled.

“The goal was to have half of my shows directed by women. As of today, 65% of all the episodes in my company are helmed by women. I want to live in a world where women are the majority because, I always say this, women are just better.”

The other Power of Women honorees recognized at the annual event, presented by Lifetime, are Jennifer Aniston, Awkwafina, Mariah Carey, Brie Larson and Chaka Khan.