Continue to Variety SKIP AD
You will be redirected back to your article in seconds
Nov 18, 2019 10:00am PT

‘Runaways’ to End After Season 3 on Hulu 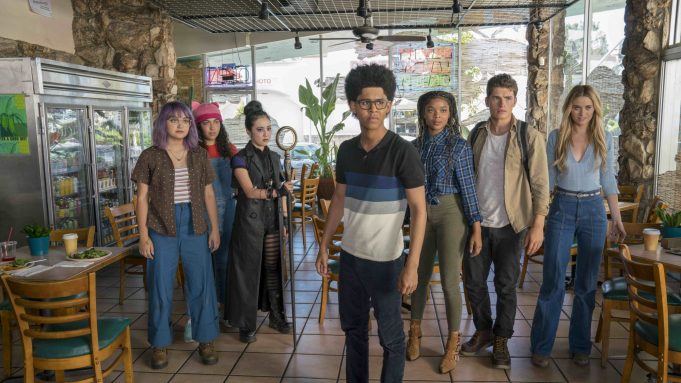 The live-action Marvel series “Runaways” is ending with its upcoming season on Hulu, Variety has learned.

The show, which is based on the Marvel comics series of the same name, is set to debut its third season on Dec. 13. That season will now serve as the show’s finale. According to an individual close to the series, the creative team felt that the third season provided a natural ending point for the show.

It is worth nothing, however, that “Runaways” was one of the few remaining live-action shows under the Marvel Television umbrella as set up by Jeph Loeb. With the end of “Runaways,” the only remaining live-action shows under Loeb’s purview are “Agents of S.H.I.E.L.D,” which will end with its upcoming seventh season on ABC, and “Helstrom,” another Hulu series that recently set its main cast. All the rest of the Loeb-produced Marvel shows, including the six Marvel-Netflix series and Freeform’s “Cloak and Dagger,” have been canceled.

Loeb’s unit is also still producing four animated Marvel shows for Hulu: “Howard the Duck,” “MODOK,” “Hit-Monkey,” and “Tigra and Dazzler.” All four of those shows will then crossover in the event series “The Offenders” similar to the Marvel-Netflix strategy that led to “The Defenders.”

In October, Kevin Feige was named the chief creative officer of Marvel, giving him reign over creative direction of Marvel’s storytelling across mediums, including publishing, film, TV, and animation. Shortly after that announcement, Variety reported that Loeb was likely to exit Marvel before the end of the year. Feige, meanwhile, is prepping multiple Marvel limited series for Disney Plus built around characters from the Marvel Cinematic Universe like Loki and Hawkeye.

“Runaways,” based on the Marvel comics series of the same name, is the story of six teenagers who can barely stand each other but who must unite against a common foe – their parents, who it turns out are supervillains in disguise. It stars Rhenzy Feliz, Lyrica Okano, Virginia Gardner, Ariela Barer, Gregg Sulkin, Allegra Acosta, Annie Wersching, Ryan Sands, Angel Parker, Ever Carradine, James Marsters, Kevin Wesiman, Brigid Brannagh, James Yaegashi, Brittany Ishibashi, Elizabeth Hurley and Clarissa Thibeaux. Josh Schwartz and Stephanie Savage serve as writers and showrunners on the series, with Loeb and Quinton Peeples also executive producing. The series is a co-production between Marvel Television and ABC Signature Studios.