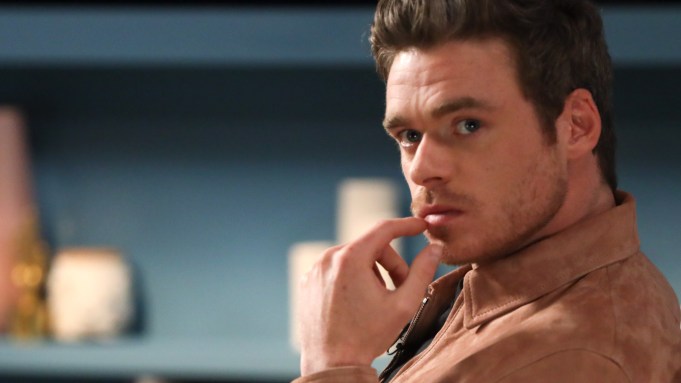 Richard Madden is thankful for his time on “Game of Thrones,” but is also happy to have been able to move on when he did.

The “Bodyguard” star sat down with “Sharper Objects'” Amy Adams for Variety’s Actors on Actors, where he expressed some incredulity at the idea of spending so long with just one character.

“It was such a hard thing to finish because from first pilot to my death was five years,” Madden explained. “And I think, five years to spend with any one character — cause you just kinda put them on the shelf for six months and then you take them back again.”

Madden also credited his role on “Game of Thrones” for giving him the space to hone his skills as an actor.

“I had the best time, it helped me so much with my career and my experience,” he said. “I learned a lot just from shooting 30 hours of television, I really started to learn my trade doing that.”

Although Madden left the show when his character, Robb Stark, died in season 3, many members from the rest of the original cast saw the series to the end, a feat Madden did not let go unappreciated.

“And I was thankful to leave it, I think the actors on it now must be 11 years into playing these characers and that is like — give these guys some medals here because that is a marathon,” he said.

Variety‘s “Actors on Actors” will be published in June in a special issue of the magazine timed to Emmys voting. The companion TV series, which recently won a Daytime Creative Arts Emmy, premieres on June 18 on PBS SoCal. Check back next month for more from Madden, Adams and the other best actors from this year’s TV season.