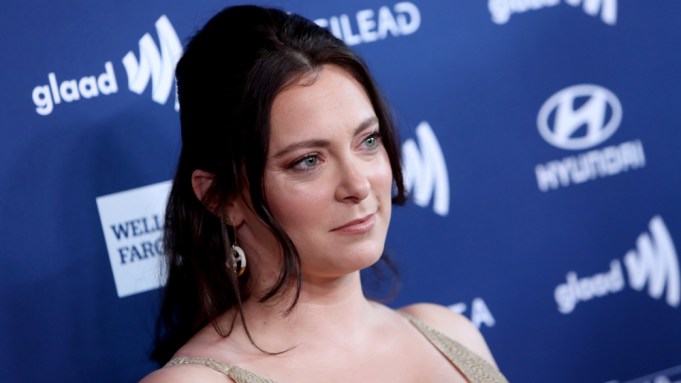 “Crazy Ex-Girlfriend” star Rachel Bloom made a special announcement after winning her Emmy for best original music and lyrics — she is pregnant.

Bloom announced the news backstage on Saturday at the Creative Arts Emmy Awards. She joked she had planned to reveal the news on Instagram but that doing it at the Emmys was even better.

Bloom won the Emmy along with Adam Schlesinger and Jack Dolgen for the song “Antidepressants Are So Not A Big Deal.” They beat out other nominees from shows such as “Documentary Now” and “Saturday Night Live.”

“Crazy Ex-Girlfriend” ended its run on The CW back in April after four seasons. According to Bloom, she and her team wrote over 150 original songs throughout the show’s run.

Bloom has been nominated for six Emmys throughout her career, all but one of which was for her work on “Crazy Ex-Girlfriend.”

She discussed the series finale in an interview with Variety back in March, saying, “Basically the idea is that part of the music in her mind is her looking inside with all of these perceived narratives so I don’t know how her music sounds. Really there’s another show in, what is her sound? I don’t know what Rebecca’s sound is. She’s not Rachel Bloom — she’s not doing comedy. It’s a beautiful mystery.”