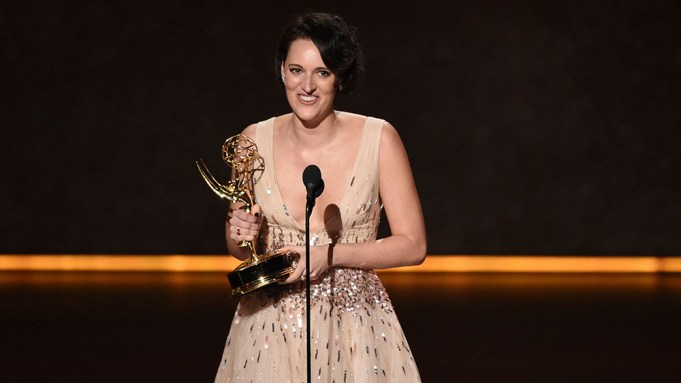 Phoebe Waller-Bridge has sealed the deal with Amazon, fresh off her stunning Emmys win on Sunday.

The multi-hyphenate, whose Amazon show “Fleabag” took home six Emmy statuettes in total for its second season, has signed a substantial overall deal with with the streamer. Under the deal, Waller-Bridge will create and produce new television content for Amazon Studios that will premiere exclusively on Amazon Prime Video.

Sources say the deal is worth around $20 million a year.

“I’m insanely excited to be continuing my relationship with Amazon,” said Waller-Bridge. “Working with the team on ‘Fleabag’ was the creative partnership dreams are made of. It really feels like home. I can’t wait to get going!”

Waller-Bridge has also garnered acclaim for creating the celebrated BBC America series “Killing Eve,” whose co-lead Jodie Comer won the Lead Actress in a Drama award on Sunday, beating her co-star Sandra Oh to the trophy. Waller-Bridge served as writer and showrunner on the show’s first season.

“We are thrilled to be continuing our partnership with Phoebe at Amazon Studios! As evident in her great success at the Emmy Awards this week, she is clever, brilliant, generous and a virtuoso on multiple fronts including writing, acting and producing,” said Jennifer Salke, head of Amazon Studios in a statement. “’Fleabag’ has been a gift to our Prime Video customers and we are excited for what comes next from this brilliant mind to dazzle and delight our global audience.”

The two-season Amazon series began as a one-woman show which Waller-Bridge performed at the Edinburgh Fringe Festival in 2013, before being adapted for the small screen.

Waller-Bridge recently made headlines in April when she was brought on to take a pass at the script for the 25th James Bond movie, whose title was recently revealed to be “No Time To Die.” Her involvement came at the direct request of Bond himself Daniel Craig, according to sources.

Her additional notable TV credits include “Crashing,” which served as her screenwriting debut, and “Broadchurch.” Waller-Bridge will also executive produce the eOne romantic comedic thriller “Run” for HBO, starring Merritt Wever and Domhnall Gleeson. On the film side she provided the voice of the droid L3-37 in the 2018 pic “Solo: A Star Wars Story.”