#PayUpHollywood: How Unionizing Has Impacted Assistants’ Fight for Better Pay 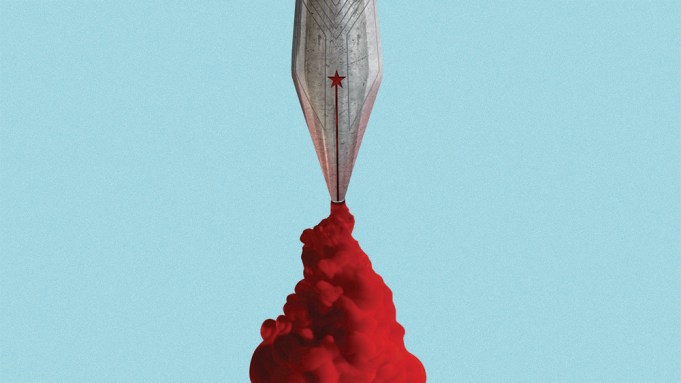 Writers’ assistant Olga Lexell used to rack up around $10,000 a year in medical bills to manage a chronic condition, Hashimoto’s thyroiditis, that requires her to sit through thyroid X-rays and frequent blood tests. While her show was on hiatus, she would pay $500 a month to extend the insurance that the studio offered, even though it was “never that good.” It wasn’t until writers’ assistants and script coordinators banded together in early 2018 to unionize under the banner of IATSE Local 871 that her healthcare costs shrunk dramatically.

Lexell, like many of the more than dozen writers’ assistants and script coordinators who spoke with Variety, cite access to health insurance as one of the biggest immediate benefits of unionization.

“It’s been incredible,” she said. “Honestly, if we hadn’t unionized, I don’t know that I would still be working in this industry.”

The recent outcry online over the low wages, high stress and professional instability that assistants face — given a voice through the hashtag #PayUpHollywood ­— has served to highlight the significance of writers’ assistants and script coordinators’ successful unionization efforts. But it has also brought into focus the challenges that remain for this particular group of entertainment industry support staff — high union initiation fees and alleged retaliatory measures from studios, for instance — as they fight to earn a living wage.

Writers assistants had previously appealed to the Writers Guild Association to let them organize under the WGA banner, but were denied in their efforts.

While the WGA West “supports the movement to improve working conditions for Hollywood assistants,” according to WGA spokesperson Gregg Mitchell, “Hollywood assistants’ job duties don’t include writing services under the jurisdiction of the WGAW. However, if an assistant is assigned to perform writing services on their show, the work is covered under the WGA’s [minimum basic agreement].”

The Alliance of Motion Picture and Television Producers “flatly rejected” a 2014 WGA proposal for a joint labor-management training program, he said.

“Our purpose was to push strongly for diversity among writing assistants,” said Mitchell. “The AMPTP subsequently voluntarily recognized IATSE Local 871 as representative for writers assistants and script coordinators.”

Surveying over 300 union members and drawing upon other self-reported data, script coordinators Jessica Kivnik and Debbie Ezer found that the average writers’ assistant and script coordinator’s weekly wages, pre-unionization, were $879.21 and $1,014.32, respectively. Post-unionization, those rates have increased 13.5% and 14.6%, respectively, to $998.25 and $1,162.90. (For a writers’ room that’s scheduled to work for 20 weeks per season, for example, that translates to $19,965 and $23,258, respectively.)

While that has meant a pay bump for some, it still leaves many struggling to stay afloat as they navigate the high cost of living in Los Angeles.

“I don’t really know any assistants in my network who don’t have at least one side job, either as a reader or providing coverage,” said Andrew Bain, a writers’ assistant on a sci-fi series who also works as a script reader for The Blacklist and as a freelance scripted series consultant for Audible.

Said Amy Thurlow, a script coordinator: “The issue really is that wages have been stagnant for so long that the gains we’ve made just aren’t enough in the face of cost-of-living increases.”

Many hold in poor esteem the studios, which in their eyes are multi-billion-dollar conglomerates that routinely shell out millions for expensive productions but engage in budget-cutting at the support-staff level to save money — allegedly slashing hours, refusing to pay above union minimums and combining writers’ assistant and script coordinator roles.

“The network show I work on has a huge budget per episode,” says one script coordinator, who prefers to remain anonymous out of concern of professional retaliation. “I’m not breaking that budget by making $16.63 an hour.”

One issue that assistants and coordinators continually bring up is the “60-hour guarantee”: that they will be able to work for and be paid for at least that many hours a week. They clamor for 60-hour work weeks not because of a love of long hours but because without that guarantee, many would have trouble earning enough to pay rent and cover bills.

“The sad thing is that no one should have to work 60 hours or more to make a livable wage,” said Thurlow.

One assistant showed Variety paperwork and emails from Sony that reflected a reduced guarantee of 40 hours in the wake of unionization, down from a previously formalized 60-hour guarantee; the studio did note, however, that it would not reduce hourly rates for those already earning above union minimums. Multiple sources said that upon being contacted by Local 871, Sony later reinstated those guarantees.

Formalizing 60-hour guarantees is not necessarily common, and that provision is not built into the current union contract. Assistants and coordinators effectively have informal agreements with their showrunners to continue to keep their weeks at 60 hours; according to Kivnik and Ezer’s survey work, nearly three-quarters have been able to obtain that guarantee, mostly informally.

Several support staffers who spoke with Variety accuse the studios of punitively cutting their hours in the wake of unionization, effectively offsetting any hourly wage gains.

“This happened overnight, once the contract went through,” said one writers’ assistant who was making $13.50 an hour prior to joining the union. He said that his show’s studio stopped honoring the guarantee immediately.

While nearly all the major studios were criticized, ABC and Sony Pictures Television, in particular, were repeatedly brought up as examples of studios that allegedly do not negotiate hourly rates and cite the union minimums as all they are allowed to offer (rather than a floor for negotiation). Sources close to the studios dispute that such policies are in place.

Disney, which owns ABC, and Sony declined to comment.

“My experience has been that the studios absolutely refuse to negotiate with assistants because they know we want and need the jobs,” said one assistant, who did not want to be named. “There are some exceptions, but it really depends on the studio. They are definitely retaliating for unionizing and taking as much advantage of us as they can.”

One script coordinator, having worked for union scale during the first season of a series, asked for a raise ahead of Season 2. She said she received an increase of 30 cents per hour.

“It’s pretty crazy,” she said. “I don’t feel great about it. I have six-plus years of experience working in rooms.”

The kicker: that sliver of a raise has impacted her taxes such that she says she takes home even less than she did before.

“They say, ‘We only have this much in the budget for this job,’ and I say, ‘Well, take it from somewhere else,” he told Variety. “This is the infrastructure of my show. An extra $50 or $100 makes a big difference to people a week. … These aren’t minimum wage jobs. These are skilled jobs. These are jobs that are extraordinarily stressful, that take a lot of hours.”

The union is not a perfect solution. Local 871’s initiation fees of $1,200 for writers’ assistants and $1,500 for script coordinators can be steep for those living paycheck to paycheck. Bain, for example, is on a payment plan that allows him to pay $100 a month for a year. And some question why the negotiated hourly rates weren’t higher.

“No first contract is ever perfect,” said Ezer, a Local 871 organizer who is also a former practicing attorney. “We are certainly looking to, in our next negotiation, get our scale rates raised and so forth.”

Stacy Rukeyser, creator and showrunner of “Sex/Life” on Netflix, and three other executive producers pitched in to pay for their writers’ assistant’s union initiation fees, application fees and first quarter dues, which totaled over $1,400.

“We really do believe in her and we wanted to help her,” said Rukeyser of the writer’s assistant, “but it’s a problem. It’s another barrier to entry if you have to put [up] that kind of money upfront.”

Additionally, shorter season orders can make it tough for members to accumulate the 400 hours of work needed every six months to remain eligible for health insurance. And smaller writers’ rooms and briefer seasons are a symptom of the modern TV landscape.

“You have shorter episode orders, you have shorter rooms, there’s longer waiting time between rooms,” said Jamie Tunkel, a script coordinator. “I hop from project to project pretty frequently because I need to keep working.”

The common sentiment is: the union has done a lot of good, but there’s a great deal of room to grow. Still, nearly all of the people who spoke with Variety view the benefits of union protection as outweighing what they see as an increasingly untenable professional environment.

Brenden Gallagher, a writers’ assistant and political coordinator for Local 871, is exploring the idea of unionizing showrunners’ assistants next.

“My view is that the hashtag is great,” he says. “I think that awareness and raising these conversations is a great starting point, but then the question you have to ask next is what are you going to do with this energy? And that’s where organizing comes in.”