#PayUpHollywood: The Showrunners Who Go to War for Their Assistants

By
Elaine Low, Will Thorne 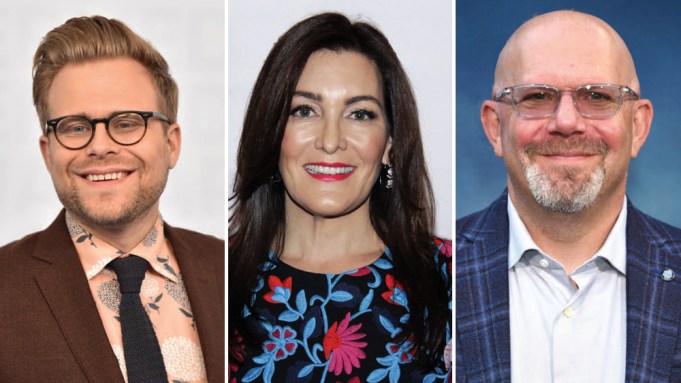 Assistants across town, increasingly fired up online, are challenging the long-accepted industry standards of paying support staffers barely above the minimum wage. In person however, speaking up for these workers — at least on television productions — is a task that often falls to the showrunners who choose to advocate for those on set with the least power and the most to lose.

Of the half-dozen showrunners who spoke with Variety, some recounted going toe-to-toe with studios for pay raises, while others have willingly paid for assistants’ expenses out of pocket. Still others make sure to offer opportunities for career mobility in an increasingly pressured job market.

“I think studios and networks are traditionally really sh-tty at taking care of their personal capital,” says Jeffrey Lieber, the showrunner of Quibi’s upcoming “Don’t Look Deeper,” starring Don Cheadle. “I think they pay some people a lot of money, because they feel like they have to, and then they try to figure out how to pay as little as possible to everybody else. It’s shortsighted, and it’s at times cruel, and I think in worlds in which we spend millions and millions and millions of dollars on these things, people are always asked to take the short stick.”

Adam Conover, who runs “Adam Ruins Everything” on truTV, is in the process of hiring multiple assistants for a new project. One of his top demands from the outset? Paying all of his support staff a “fair, living wage.”

“I’m literally in staffing meetings with the production company right now, so it’s very easy for me to email the production company principals and say, ‘Hey everybody, we’re all aware of this issue and it’s important for me that our assistants are paid a living wage’ — and now they will be,” Conover says. “Not everybody is in the exact same position as to the leverage they have, but all it needs is someone who has some amount of leverage to say this is a priority, and it will be a priority.”

“But that’s also not an excuse to underpay them,” says Josh Friedman, who most recently served as showrunner of Apple TV Plus’ forthcoming “Foundation.” “I don’t think there should be an opportunity tax where, just because it’s a great opportunity to maybe become a writer, you should be paid minimum wage to do that job. It’s still a job that’s hard.”

There is always pushback from the studios, Friedman says, when it comes to salary negotiations for support staff. Friedman says he has gone back and forth with business affairs on the issue on several occasions, trying to get the studio to eke out an extra $50 or $100 a week here or there for an assistant.

Showrunners have “an incredible responsibility,” he says, to their writers and assistants.

“You have to make [the business] people uncomfortable,” says Friedman. “The showrunner is the only person on the show who people even show any obligation to be nice or polite to, and it makes them uncomfortable to have to have these conversations. And that’s good. So I think that the conversations are not heated. But I think you just have to keep being a pain in the ass. Their hope is that you’ll go away on this because there are bigger hills to die on. And I think that it’s imperative that you don’t.”

Assistants usually don’t have the leverage to approach a show’s line producer or a studio’s business affairs executive and ask for a raise, but in many cases a showrunner or executive producer does.

Marc Guggenheim, former showrunner of “Arrow” and “Legends of Tomorrow,” has not only had to advocate for higher support-staff rates, but for writers’ assistants to still get paid their regular rates — often the union scale of $14.57 an hour — even when they’ve finally earned the coveted opportunity to pen a script for the series they’re working on. In those cases, the assistants get paid a script fee but are not paid to produce their episode, and the studios, he says, can be loath to pay them for the days spent on set.

But even those who are the top of the totem pole can only do so much in the face of a studio.

“Yes, showrunners need to advocate for higher pay for assistants, but very often the studios will just give you a flat no,” according to former “Walking Dead” showrunner Glen Mazarra, who shared his thoughts on the issue of low assistant pay and what showrunners can do via Twitter. Instead, he buys his assistant lunch and coffee every day, reads support staffers’ scripts, shows them the ropes, and ultimately gives them the chance to be hired as staff writers.

In another show of showrunner-assistant solidarity, “Sex/Life” boss Stacy Rukeyser and three executive producers at the Netflix series pitched in to cover their writers’ assistant’s $1,400 union initiation, application fees and quarterly dues.

“This was overwhelming to this woman,” says Rukeyser. “This is a woman who does not come from money [and is] struggling to make ends meet. I think she’s great and was excited to give her a chance. It was frightening to her.”

Around the holiday season, when a show is on hiatus — and accounting is on hiatus — showrunner Julie Plec, of “Legacies” and “Vampire Diaries,” pools together money with other writers on the show to give out as a bonus to support staff to ensure that “at a bare minimum they’re seeing what they would’ve seen were they getting paid.”

She also pays assistants out of pocket for any personal errands they may run for her. And once a season, Plec hosts a writing contest with a big prize: a partial or full script assignment for the show.

Lieber, who once ran “The Originals” room with Plec, makes a point of promoting a Season 1 showrunners’ assistant or writers’ production assistant to writers’ assistant or script coordinator by the second season, giving them a chance to observe the show’s staff writers working in the room. By the time Season 3 rolls around — if a show is fortunate enough to get that far — he tries to find a way to promote that assistant to staff writer.

Every assistant he has hired has earned a credit of some kind, such as a shared “story by” or “teleplay by” credit.

Conover says it’s clear that the agencies and studios — “the people who control the purse strings” — are unlikely to voluntarily pay their assistants more, so it’s up to showrunners, executive producers and senior writers to “put pressure on them from below.”

“That pressure could take a number of forms: It could be assistants unionizing, or doing a one-day walk-out, or it could come from the people who work with assistants saying, ‘This is a priority for us; we give a sh-t about the people who we work with,’” he says. “Saying that en masse will help things get better, and I hope other showrunners will do the same.”