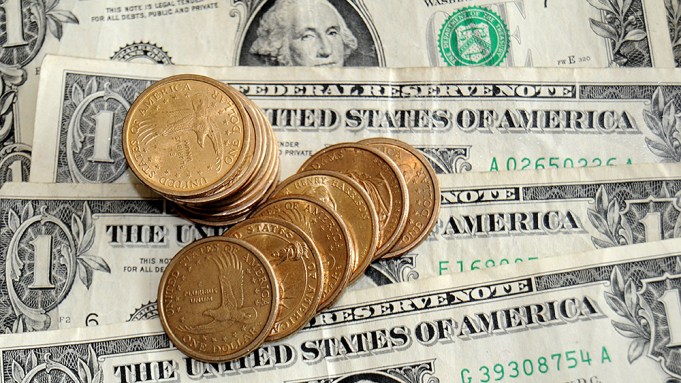 It’s no secret that many assistants in Hollywood bear heavy workloads for low pay. But the entertainment industry’s labor practices when it comes to those workers have now become the subject of intense social-media scrutiny.

TV writer and WGA board member Liz Alper shone a light on the issue Monday with the creation of the Twitter hashtag #PayUpHollywood, sharing truths about what it’s like to be an assistant in the biz and asking others to do the same. As of Monday afternoon, #PayUpHollywood was trending in the United States and had racked up more than 3,700 tweets to date.

“I thought someone needs to stir sh-t up first and I decided well, I might as well do it,” Alper tells Variety. “I’ve received so many stories and they were all just going to be sheets in the wind, but now you can see the magnitude of what the assistant community and what the support staff community in Hollywood are going through. It’s not just limited to those who work at an agency or work a desk, it’s also our set PA’s, our wardrobe PA’s, anyone who is trying to make it in the business. It’s a class privilege to be able to work in this industry nowadays.”

Alper says that while it’s easy for agencies and studios to point to diversity hires at the top of the food chain to enhance their image and claim they’re making an effort towards change, in reality, it’s the jobs that “aren’t as sexy or don’t get the air time” where change really needs to happen.

“You don’t have a sexy, world-famous locations manager who can say look, our assistants are getting f–ked when it comes to wages, and no one knows about it and is speaking up about it. Anyone who is trying to fix wage inequality in Hollywood has been speaking about it for years, and it’s just not getting the traction, so I’m hoping this might get the traction,” she says.

The soaring cost of rent and living in Los Angeles, on top of paying for healthcare and taxes, all contribute to why the staggeringly low amount that many assistants are paid is “simply unacceptable,” according to Alper.

Deirdre Mangan, a friend of Alper’s and current writer on the CW series “Roswell, New Mexico,” believes the problem is not only that wages have been stagnant while costs skyrocket, but also that “many people at the top aren’t aware of what it’s like being at the bottom.”

“The way assistants are treated and the amount of work they’re expected to do is astronomical, it’s not just 40 or 60 hours, there are some boundary issues with assistants and what they’re used for,” Mangan says. “100 people would be in line to replace any one person and that’s why the wages get to stay low and some producers, writers, agents can make insane demands because if you don’t do it, they’ll find somebody else who will.”

“There are so many bosses who say this is how it’s always been, you have to pay your dues, suck it up, and everybody is supposed to be proud of the war stories they have when they were a starving assistant sharing a one bedroom with three other people, but they scrapped and starved so that they could have the career they have today and to me that’s such privileged bulls–t. It’s not addressing any sport of problem, it’s inflicting the same sort of pain on a new generation who are facing a multitude of issues that didn’t exist 10 or 20 years ago,” Alper says.

The conversation was kicked off by “Aladdin” screenwriter John August and “Chernobyl” creator Craig Mazin during a recent episode of their “Scriptnotes” podcast. The duo talked about how low pay for assistants is “creating a barrier” stopping people who don’t come from wealth from entering the industry, and is therefore hurting the push for diversity. Alpert took to Twitter in response to their calls for assistant horror stories.

Alper says that she, along with the many assistants sharing their stories, is scared that she will never get hired again, but that “banding together” and “speaking out” is the only way to bring about change.

August and Mazin will go over some of the stories that have been shared with them on Tuesday’s episode of “Scritpnotes.” It remains to be seen whether the duo’s efforts and the hashtag will provide the wake-up call to the industry that Alper is hoping for.

“Right now there’s a sign up that reads, ‘Welcome to Hollywood, this is how much you’re going to be paid and yes it is below minimum wage.’ When we out that mentality we might be able to change it,” she says.