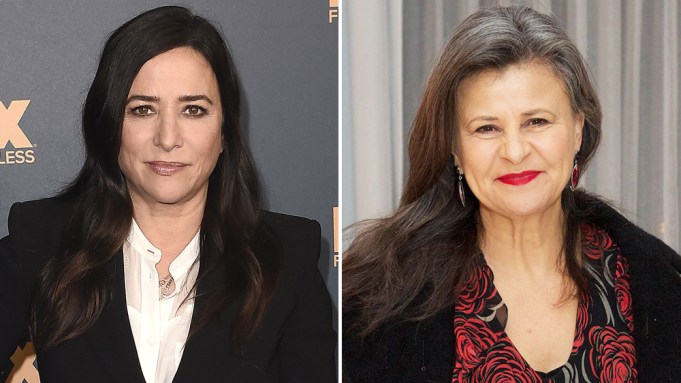 “Better Things” star and showrunner Pamela Adlon has done scores of TV guest shots over the years, but one gig in particular made a big impression on her just as she was about to enter the world of parenthood.

Adlon was a guest player in a 1996 episode of Tracey Ullman’s HBO sketch comedy series “Tracey Takes On …” She doesn’t remember much about the role other than she played a staunch feminist type at a rally. But she does remember what she observed off camera from how Ullman ran her show.

“She had two little kids at home. There was trouble shooting that day and I remember her telling all of us ‘I want to get home by or before dinner because otherwise, what’s the point?’ ” Adlon, speaking to Variety for her cover story, recalls.

Ullman famously goes to great lengths to bring to life her wide repertoire of sketch characters. Adlon watched with admiration as Ullman moved through the day making quick decisions right and left. It was clear to all that Ullman was in command of her set and the day’s schedule.

Adlon has now reached the stage of seeing two of her three daughters follow in her footsteps as actors. Gideon Adlon, 21, was seen in the Universal comedy “Blockers” last year and has logged guests shots on such series as CBS’ “Criminal Minds” and ABC’s “American Crime.” Odessa Adlon, 19, had a recurring role on CMT’s “Nashville” and is a regular on the new CBS sitcom “Fam.”

Adlon never pushed her daughters into acting. Nor did she discourage them.

“I’m thrilled for them,” she says. “I’m not one of those f—— hypocrites who would be like ‘No, not my child’ and I’m doing all of this acting.”

As she explored in Season 3 of her acclaimed FX comedy series, Adlon feels that a primary job of a parent is to help steer kids onto the path of figuring out what they want to do with their lives.