How ‘Orange Is the New Black’ Changed TV Forever (Column) 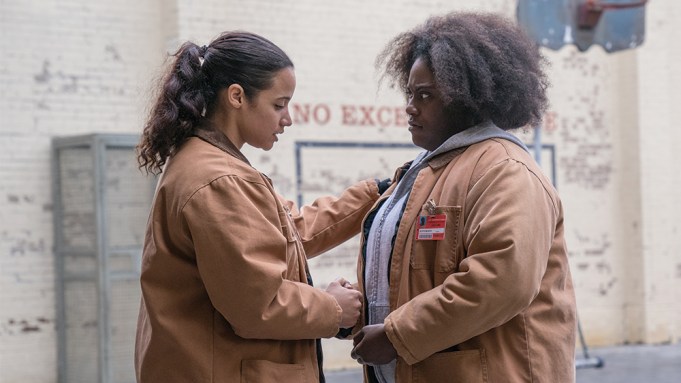 Courtesy of Cara Howe for Netflix

When Netflix debuted “House of Cards” in 2013, it seemed like streaming was going to mimic premium cable as we already knew it. The premiere of “Orange Is the New Black” five months later ended that notion for good. Based on Piper Kerman’s memoir, the show ostensibly followed Piper (played by Taylor Schilling), a bright but naive white woman from Connecticut reeling from the shock of a past mistake that has sent her to prison years later. Soon enough, however, Kohan steered the series in a different direction, pulling the rug out from under its initial premise by widening its scope far beyond Piper to the surrounding inmates, whose experiences looked nothing like her own. “Orange Is the New Black” dove headfirst into the challenge of depicting the interlocking stories of poor, queer, addicted inmates of many races; the women of Litchfield Penitentiary quickly became one of the most inclusive casts TV had ever seen. With pointed flashbacks guiding each episode, the series deepened its characterization of women who rarely appear on-screen at all.

The show’s commitment to portraying such a wide swath of experiences still makes it remarkable to watch in 2019; when it launched in 2013, it was downright astonishing. Piper — an upper-middle-class blonde with a side gig selling organic soap — is the kind of character with which Hollywood is familiar and comfortable. Putting her through the violent shock of prison made it seem like “Orange Is the New Black” would be telling a classic “fish out of water” story, until it revealed just how much of an ensemble show it really was. Piper was, as Kohan often called her in interviews, the show’s “Trojan horse” who could lure in potentially wary executives and viewers before turning around and telling the kinds of stories they may never have otherwise been given a chance.

So while Piper stuck around until the show’s final frames, she will not be one of its most enduring characters. That honor will — and should — belong to characters like Taystee (Danielle Brooks) and Poussey (Samira Wiley), Maritza (Diane Guerrero) and Gloria (Selenis Leyva), Nicky (Natasha Lyonne) and Suzanne (Uzo Aduba). These women, who faced crippling systemic obstacles and whom any other show might have granted a C storyline in a single episode, got multiple seasons to grow and change. (Also, and not insignificantly: This far-from-complete list of the show’s heaviest acting hitters proves just how much of a talent pipeline it is.)

And as one of Netflix’s first big swings — and therefore one of streaming’s — “Orange Is the New Black” changed the game for what television could look like and accomplish with its storytelling. Without the content restrictions or pressure to score bigger ratings that it might have had on a traditional cable network, this series pushed itself to include people and subjects that TV doesn’t often try to address, let alone spotlight. If it can inspire others to do the same, it will cement its legacy of shaking things up and expanding its narrative worldview in an industry that can use more of both.