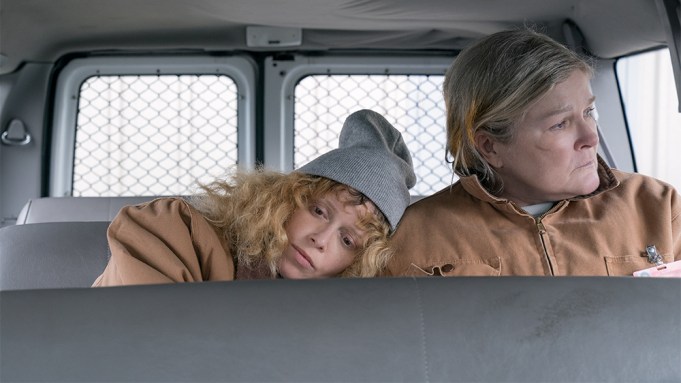 Courtesy of Cara Howe for Netflix

Netflix has released another trailer for the final season of “Orange Is The New Black,” ahead of its July 26 premiere.

The two-minute long trailer teases how the current and former inmates’ stories will come to an emotional close.

In the final season, the ladies of Litchfield will have to come to terms with the fact that prison has changed them forever. Piper struggles with life on the outside, while Max, as corrupt and unjust as ever, goes on without her on the inside. Taystee’s friendship with Cindy still hangs in the balance as her life sentence looms, while Gloria and her kitchen staff are confronted by the harsh realities of Polycon’s newest profit stream.

Created by Jenji Kohan and produced by Lionsgate Television, the series has received four Emmys across 19 nominations since its premiere in 2013, including two wins for Uzo Aduba in 2014 and 2015. Other than Aduba, the series also stars Taylor Schilling, Natasha Lyonne (who has since gone on to have more success at the streamer with “Russian Doll”), Danielle Brooks and Adrienne C. Moore.

Although Netflix now has a seemingly never-ending library of original content, “Orange Is The New Black” represents one of the streamer’s first original series, alongside “House of Cards.” The cast first announced in October that Season 7 would be its last.