How ‘One Day at a Time’ Was Saved by Pop TV 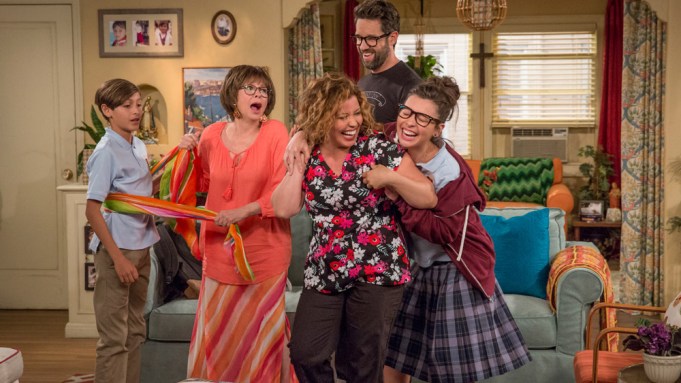 When Netflix gave “One Day at a Time” the ax in March, Pop TV president Brad Schwartz leaped into action.

“It just jumped out at me: ‘Oh my God, that’s such a Pop show,'” he told Variety, sensing similarities in themes between the Norman Lear reboot and “Schitt’s Creek,” the hit that put the niche cable network on the map.

“When I found that ‘One Day at a Time’ was being canceled, I’m like, ‘Wow, that show has a lot of the same emotional beats,'” said Schwartz. “It’s about family, and it tells stories of inclusion and acceptance and love and kindness.”

Streaming service CBS All Access, a cousin of CBS-owned Pop TV, also had interest in scooping up the show. But Netflix had built into its deal the option to block another streaming platform from picking up the canceled series, he said, and he didn’t think Netflix was about to let go of that contractual protection.

From there, with All Access off limits, CBS CEO Joe Ianniello emailed him about “One Day at a Time,” said Schwartz.

“I kind of brought it to (CBS chief creative officer) David Nevins and he saw the vision and supported it, and then we went after it,” he said. “And then it was just a matter of ‘Could we do it? Could we get the deal to a place where it made sense for everyone involved?’ And luckily, we did.”

Schwartz describes the agreement as a standard licensing deal with a major studio, in which Sony Pictures Television is deficiting the production and Pop TV is licensing it, allowing it a basket of rights that include linear rights to the first three seasons (the ones currently on Netflix). That includes the right to air the show on the flagship linear CBS network after Season 4’s first window on Pop.

That “One Day at a Time” could possibly eventually appear on CBS after airing on a cable network after being canceled on a streaming platform is a particular oddity of the 2019 media landscape, and an apparent first – but perhaps not last – of its kind.

Furthermore, Pop TV picked up the show without knowing exactly what kind of viewership figures it was pulling in – Netflix is famously reticent about those kind of numbers. And Sony, if they had it, had not shared any such data with Schwartz, who was instead looking at Nielsen numbers.

He dismissed it as “another data point,” saying “it wasn’t really about (the numbers).” Netflix had canceled “One Day at a Time” because its viewership didn’t justify the cost of another season.

“We knew the show had extraordinarily passionate fans, we knew it was a lot of people’s favorite show, we knew that we were coming into our final season of ‘Schitt’s Creek,’ we knew all the things that made ‘Schitt’s Creek’ such a breakthrough show that’s in the Emmy conversation that put our network on the map and has been a flagship show,” said Schwartz. “(‘One Day at a Time’) ticked off all the boxes, and on top of that, it’s a show to just be proud of.”

All the same, Pop TV hopes that “One Day at a Time” will bring with it a loyal fan base.

Schwartz says a strong original can attract 600,000 to 700,000 viewers in Live+7 tracking, and surpass one million viewers including all of Pop’s platforms, digital and otherwise. Including an unnamed soon-to-be-greenlit series, the upcoming “Florida Girls,” as well as “Schitt’s Creek,” “Flack” and other shows, there are about seven or eight original scripted comedies that will have a home on Pop TV.

“We assume, and our hope is, that (‘One Day at a Time’ will bring in) ‘Schitt’s Creek’ numbers, that we’ll go into 2020 with two of the best comedies in all of television,” said Schwartz, “both from a critical standpoint and a fan-passion standpoint.”