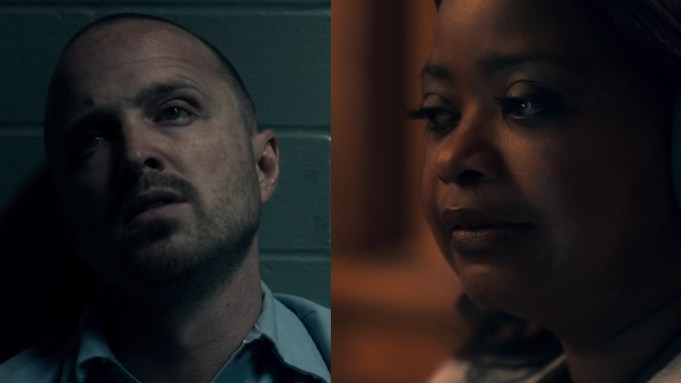 Apple dropped the first trailer for its upcoming original series “Truth Be Told” on Thursday.

The series follows podcaster Poppy Parnell (Octavia Spencer) as she is compelled to reopen the murder case that made her a national sensation and comes face to face with Warren Cave (Aaron Paul), the man she may have mistakenly helped to put behind bars. Other stars include Lizzy Caplan, Elizabeth Perkins, Ron Cephas Jones, Michael Beach, Mekhi Phifer, Tracie Thoms, and Haneefah Wood.

The series will debut on Dec. 6, with Apple’s streaming service, Apple TV Plus, set to launch on Nov. 1. Other shows that will be available upon the launch of the streamer include “The Morning Show” starring Witherspoon and Jennifer Aniston, “See” starring Jason Momoa and Alfre Woodard, and “For All Mankind” starring Joel Kinnaman.

The trailer for “Truth Be Told” comes just ahead of the launch of the film “El Camino,” in which Paul reprises his role as Jesse Pinkman from the critically-acclaimed drama “Breaking Bad.” That film is due to drop on Netflix on Friday.