‘Game of Thrones’: Nikolaj Coster-Waldau on What Has and Hasn’t Changed in Jaime Lannister 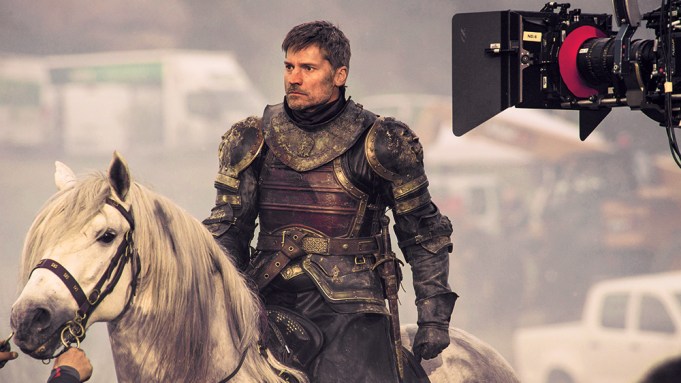 “Game of Thrones” star Nikolaj Coster-Waldau is one of the few cast members of the HBO megahit to play a character, Jaime Lannister, that survives all the way from the start of the show to the eighth and final season. With the end of the series in sight, the Danish actor reveals what the show has meant to him and what he plans to do next, including, he hopes, a trip to “Alabama, Greenland.”

Jaime has had one of the most compelling character arcs on “Game of Thrones.” How would you describe his journey?
Well, he had an eventful eight years, 10 years [counting hiatuses]. I think “change” would be one word. He had to adapt and in many ways rediscover his identity. At the same time there is the core of what’s left of his dedication to his partner in life, Cersei. He says in episode one, “The things I do for love,” and then he does something truly horrific. That is still at his core, I think — that he will do anything for the people close to him.

What have been the best and worst things about working on “Game of Thrones”?
I think working with an amazing group of people, especially on an experience as strange as this, is the best, and I will miss seeing all of these people. As an actor, I’ve never worked on anything this long. Families have formed on this show. People have gotten married and divorced. Kids have been born. It has been quite something. … And then the worst of “Game of Thrones”? I think it was all of the not knowing. The first three seasons I knew where I was going. Then once we got off the books, [executive producers] Dan [D.B. Weiss] and David [Benioff] and the writers had to carve their own way — and of course everyone wanted to know what happened next. So they made the very sensible decision not to tell anyone at all. That was really the worst part. And if that’s the worst part, then it’s not too bad.

What have been the toughest moments to film?
I find the little scenes are always the hardest. Like in the dragon pit meeting scene [in the Season 7 finale]. That took eight days to shoot because there was so much coverage, and I find that really challenging because you have to stay focused, you have to be there for each other. And it was hot in that dragon pit. You have to be there, and if your close-up is on day seven and everyone is exhausted, that’s hard. But if you have a two-hander or three-hander with great words, that’s just fun.

What would you like the show’s legacy to be?
Let’s talk about that in 10 years’ time. But I hope that people love it because it’s entertaining. You actually feel like you can identify with these people even though they’re in this weird world of Westeros. … It never ceases to amaze me that this show has traveled so far. I think if before someone explained to you what this show was, I don’t think you’d ever think it was going to be the biggest show in the world.

What’s next for you? Do you have a passion project?
I’m going to Canada to shoot a movie called “The Silencing.” Then in the fall I’m going to do a play at the Geffen Playhouse in Los Angeles. I’m doing “Macbeth.” Then hopefully next year, I’ve got a script set in Greenland. It’s called “Alabama, Greenland.” That’s a passion project, so hopefully I can find someone with some dollars to spare who will fund it, but we’ll see.